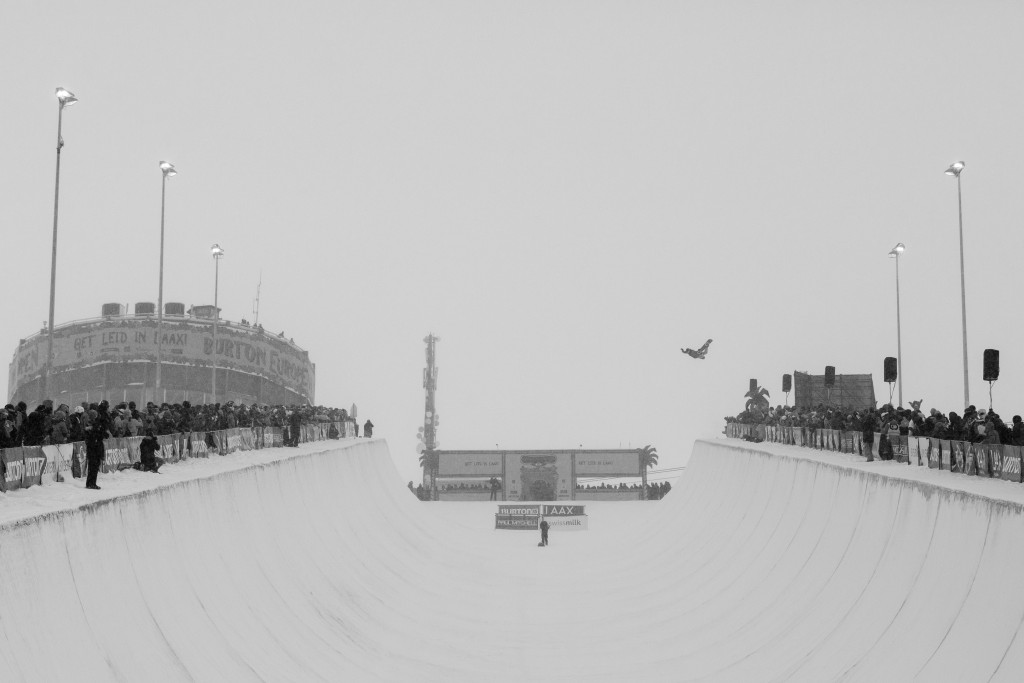 As ever the 2015 Burton European Open reached a dramatic climax with the spectacular halfpipe finals. Burton and Laax made a lot of noise about Laax’s enhanced halfpipe with 22 foot high transitions and now 200 meters longer than previous contests. Thousands of spectators braced the near arctic conditions to watch the finals and they didn’t leave disappointed.

Women were the first to ride and the stormy weather caused some havoc for the competitors speed but it was normal service resumed for Kelly Clark as she almost shut down Laax’s new pipe on the first ever outing. Kelly’s first run consisting of a frontside air, back 5 mute, fs 7 indy, Cab 7 indy, crippler stalefish and a method air landed her a score of 85.24. Kelly attempted her now signature fs 10 in her second and third run but was just unable to release the landing gear. Her fs’s are huge and bigger than a lot of competitors regular straight airs.

X Games Pipe gold medalist, Chloe Kim was hot on her heels with her opening run of a backside air, fs 5 tail, mctwist indy, crippler 7 indy, cab 5 indy, sw backside air to cab 7. It’s ridiculous that Chloe is only 14 years old and will no doubt be a major threat for years to come.

We were hyped to see Swiss local Nadja Purtschert round up the podium in thrird place. Nadja has recently focused more on studying and is now a full time qualified teacher and one can only imagine how excited her students were to watch her receive the bronze medal at the BEO. 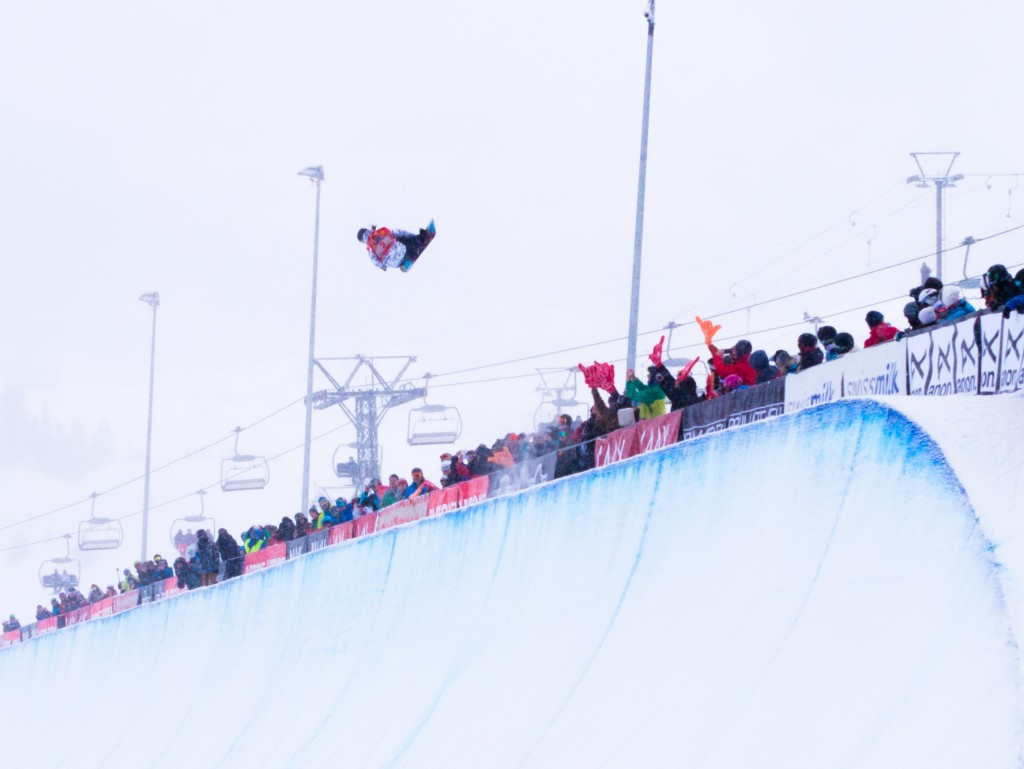 For a brief moment it looked like Laax had spoken to the weather gods to bring out the sunshine, but it didn’t last and the fog and snow showers returned. With so many solid competitors in attendance, the gold was anyone’s for the taking.

Local hero and Olympic gold medalist Louri Podladtchikov, was deemed by the judges to derserve the gold with his opening run of a huge backside air, fs 9 tail, back 9 mute, fs 10 tail, cab double cork 10, fs double cork 10 truck driver. This opening run from Ipod gave him a massive 90.25 points.

Japanese wonder kid Ayumu Hirano was on fire throughout. His final run included a massive tail grab, fs double 10 truckdriver, cab double 10 indy, fs 12 tail, back 9 melon, alley oop 7 and grabbed him the silver with 88.75 points. David Habluetzel made sure it was gold and bronze for Switzerland with his score of 84.99.

Special mentions should go to Arthur Longo who was straight up killing it with his melon to fakie’s, haakon flip indy’s and switch double alley oop rodeo melons. Also deserving of extra credit is Tim Kevin Ravnjak for his tweaked out, ultra stylish fs alley oop indy. 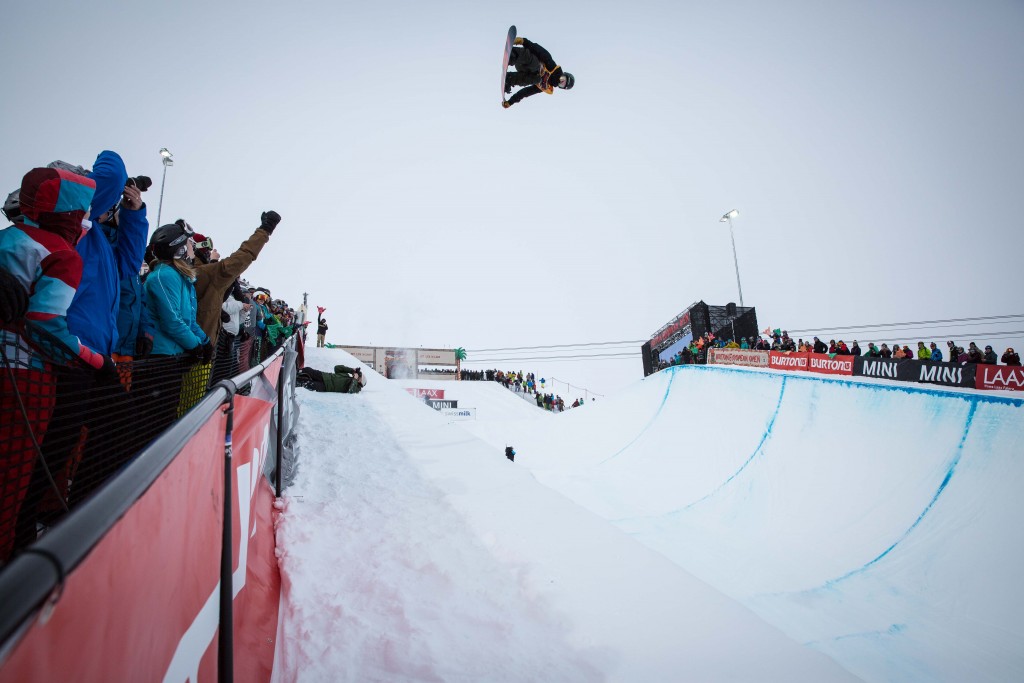