Zurich/SUI (August 31st, 2018) The Absinthe Films crew is excited to announce “Stay Tuned”, their upcoming independent Snowboard movie production releasing this fall worldwide. The movie comes from the crew around Justin Hostynek who followed their quest for snow around the world.

‚Stay Tuned’ is premiering and touring through Europe in September, followed by the North American leg of the movie tour. Like last year, the protagonists of the movie are joined by Californian band ‚Easy Giant’ around Chris Emmington to play live concerts at each tour stop. Chris has his roots in Snowboarding and is deeply connected with many within the Snowboarding community. ‚Easy Giant’ will present their latest album ‚Old Dance’.

Later on this fall the movie will be available on iTunes, amazon and Vimeo on demand. 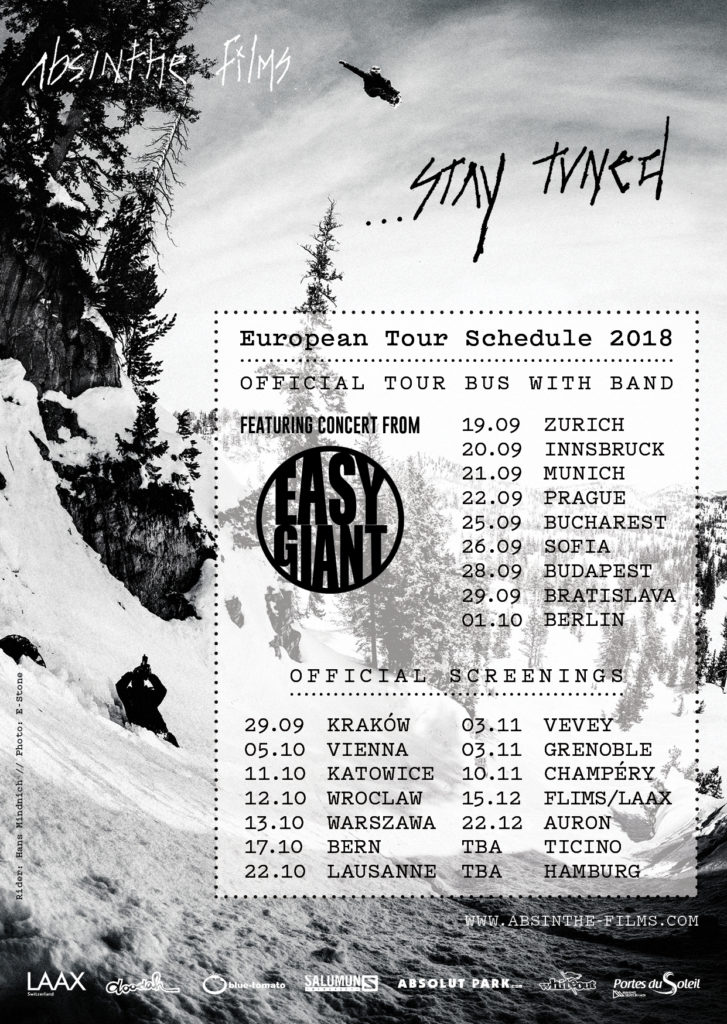 Clemens Millauer: Another Year In The Books