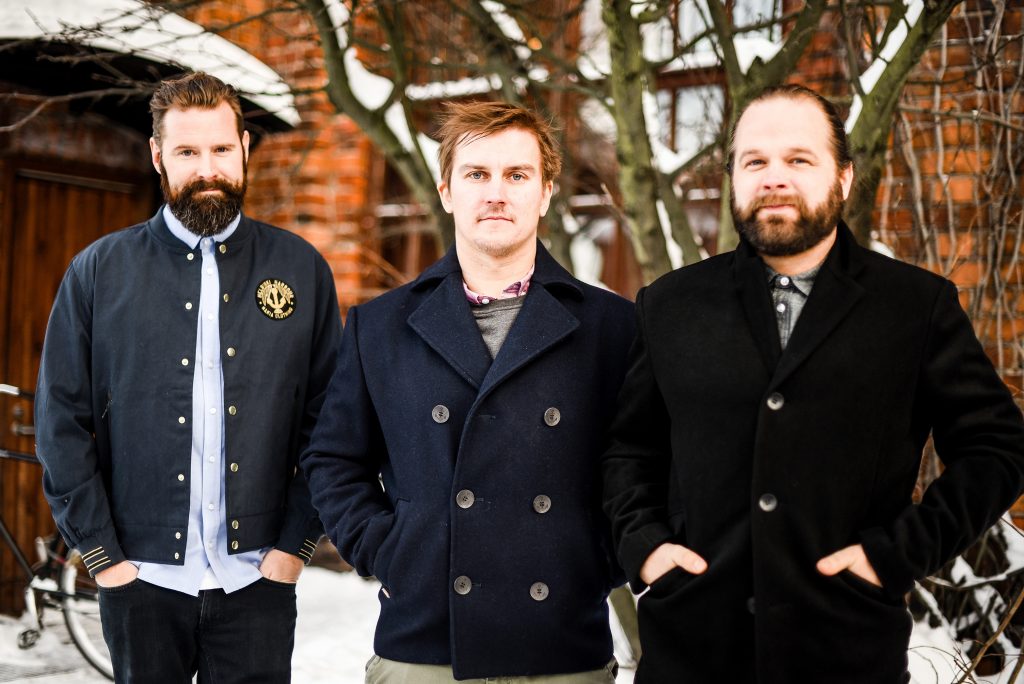 Boardsports are awash with clothing companies and it seems every year more appear. Some disappear as quickly as they arrive and others such as Makia have humble beginnings but flourish with time. Makia offers a refreshing change from other companies hailing from a snowboarding and skate heritage and their collections offer a more refined look that manages to intertwine both comfort and style with an enormous attention to detail. With a proud Finnish influence, Makia provide that classic Scandinavian styling that is built to withstand the harshest of elements. Here we speak to Makia Brand Manager Joni Malmi to find out more about the history of Makia, what makes it different to other brands and what we can expect from future releases.

You were one of the original founders of Makia back in 2001, what is your current position and company role?
I am the Brand Manager, so mostly my work consists of marketing, brand direction, copywriting, advocate program, social media channels and video production.

At the birth of Makia you were still riding professionally for Forum and Special Blend. When the brands were pulled, was that the moment you decided to put all your energies into Makia?
My snowboard contracts ended at the end of 2009. After that I decided to team up with Ettala & Jaakko Itäaho (MDP & Pablo Films) to make Euro Gap 3, a movie project to close out my snowboarding career. We made part 1 & 2 ten years earlier with Paavo Tikkanen and those became somewhat of an underground classic (You can still find them online). I got a travel budget for riding my friend’s ICON boards, so that was nice and 2010 was my last video part. I’ve had one or more video parts, every season, from 1996 to 2010. After that I jumped fully on board with Makia. In the beginning we didn’t have money to spend on my salary, so I worked as a DJ in the evenings and started to teach myself into a daily 9 to 5 work routine and gradually earned my place in the company. Now there are 10 people at Makia.

Makia comes from a strong snowboard and skateboard background but the clothing has a more sophisticated look to it than your regular skate/ snowboard brand, was that the initial idea behind Makia or something that has developed with time?
Yes that was the initial idea. We were tired of the colourful crazy patterns of the time and wanted regular clothes we could wear and that we could relate to. Easily approachable, good looking clothes that reflected our values and reflected our Nordic “less is more” mindset. Somewhere the direction got a bit astray but nowadays our line looks better than ever and you can see the connection back to our first collection. 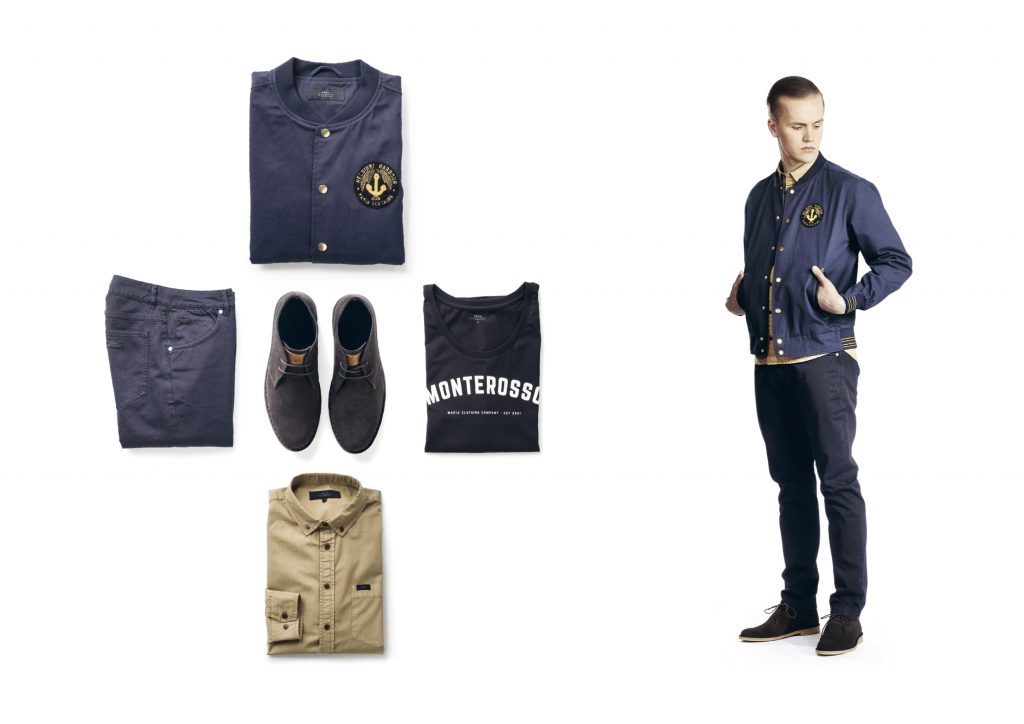 The “Less is More” mindset in full effect. Photo: Makia

Skaters in general today have a much smarter dress sense than they did 10 years ago, why do you think that is?
Boardsports in general have a few more years behind them these days. You don’t necessarily have to rebel that much by wearing the craziest outfits, the culture has become more socially blended. Also the streetwear style has shifted into a more timeless look a while ago. I mean, you can look back to the 90’s and see skaters wearing plain white t-shirts with chinos. It’s a cycle. Some people run after the trends, some don’t.

Whilst Makia’s range is stylish and rather formal, the marketing is almost the polar opposite, for example sponsoring the Zimbabwe winter Olympic team. Was that a conscious decision to have such a contrast between marketing and the product range?
As I said. We have stirred the pot along the way. Nowadays if you look at our marketing it’s pretty straightforward and easily understandable. Along the way we figured it out that for our customers, it doesn’t help out to confuse them with a different message every season, so we opted for an honest easily relatable identity that portrays our brand well.

Makia’s Finnish and Scandinavian influences are apparent throughout the collections, do you find this sets you back when selling to a new region such as the US?
We thought of this and found out that people want to find out more about our real roots and you can see that now in our marketing. For a lot of newer companies nowadays, it seems like their story is somehow made up or it’s lacking. We’ve had our office here at the historic dock quarters of Helsinki since 2001 and it’s a part of our brand’s DNA, so the rough around the edges marine vibe is something we live every day. It is a strength for sure. For the moment we are focusing on gaining a proper foothold in the European market. 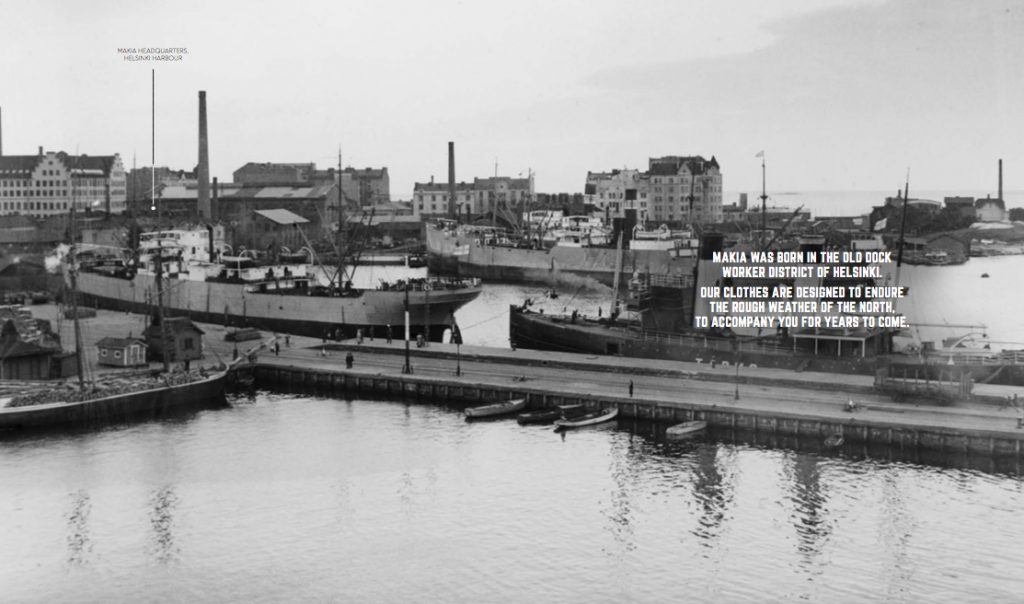 Starting a successful clothing brand is not such an easy task as some imagine it to be, what are the pitfalls a new company faces and why do so many clothing companies fail?
The clothing business is old fashioned in the sense that you have to invest a large chunk of your capital into production and before you get anything as a return for your investment, from production to the accounts paying for their orders, can be a long time. The business has to be quite big before anything gets left on the table, so you need to have a good startup investment and a bumper for the slow times in between. Also just getting a brand name out there from scratch, will take persistence and time. It can be seen that with companies that pop up quickly with trends, usually vanish as quickly after the trend has passed. You need to have a long term vision and be willing to work towards it and follow through. Setbacks are something that will 100% sure pop up along the way. For a lot of startup entrepreneurs and bigger companies too it seems hard to see outside of their own bubble, sometimes honest outside perspectives help do that.

Did you ever find time to study the skills you need to run Makia or have you learnt as you have gone along?
I’ve learnt everything by doing and listening. After graduating school, I was applying for the business school in Helsinki but after reading the books for one winter to prepare for the exams, I decided to jump on the snowboard train and got paid to snowboard for 15 years. Obviously there is a lot of time to be used besides being on the hill, so I used it by learning computer skills and I’ve also done little business ventures on the side. I think I have a mix of creative and business mind, my vice was maybe not getting into detail rather than thinking of the big picture, but I’ve gotten better at that. Travelling, watching and riding for companies that went from small into multimillion dollar companies, and seeing how the board sports industry works, helped out for sure.

Will Makia ever develop a snowboarding outerwear line in the future?
We have some more technical materials in the collection and are know for our winter jackets that appeal also to the outdoors enthusiasts, but we want to keep things casual, so no outerwear program on our mind. 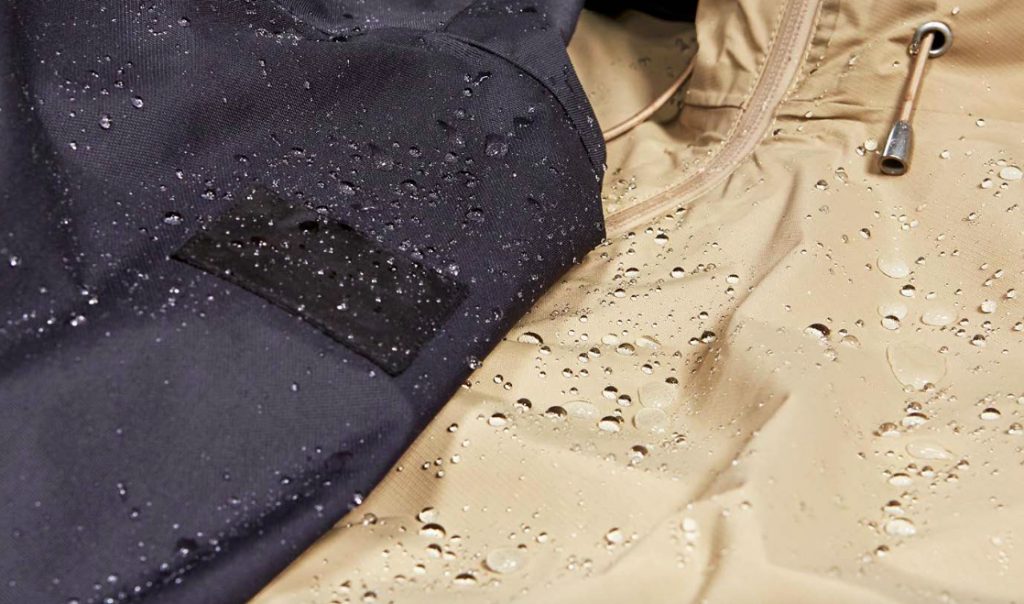 Where would you like to see Makia in 10 years time?
We continue to build Makia towards a globally recognised clothing brand that offers people easily approachable clothes to stand the test of time, equally in quality and over trends, to become a part of their everyday lives.

You can shop for Makia on their website. www.makiaclothing.com
Thanks to Bene Freund for his help on this interview.