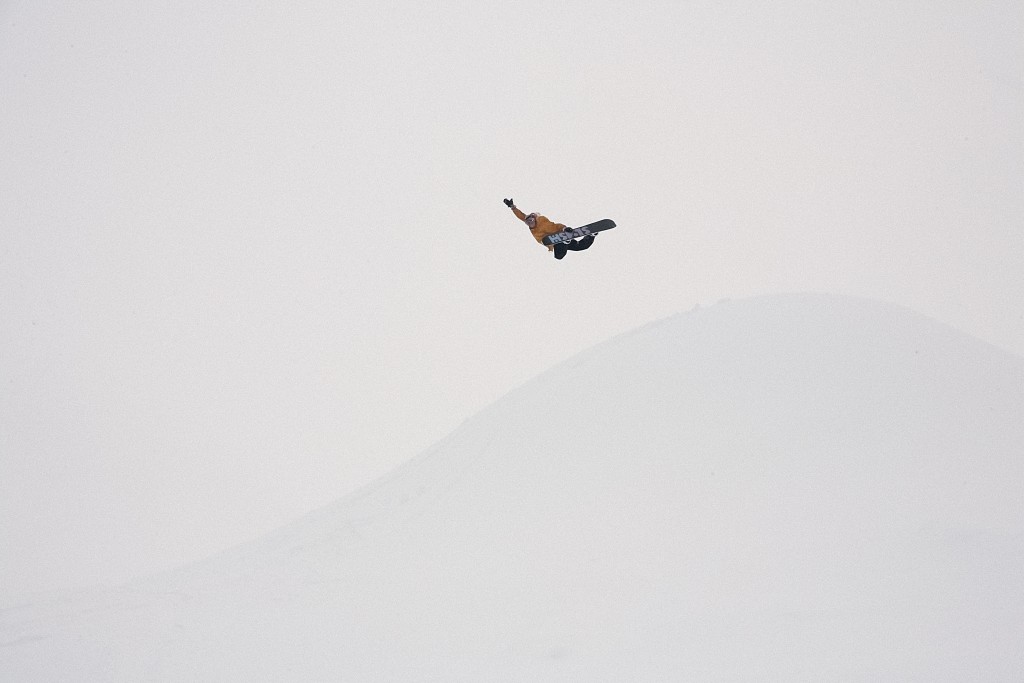 Slash getting the seal of approval with a classic Gigi method. Photo: Philip Rüf/ ruefracing.com

What made you start Slash Snowboards after so many years riding for other brands?
I do not have to ask for boards anymore. During my whole career, snowboards have been the key to realize my dreams and wishes. Having a pro model is a very big reward in this industry. I just went on to get mine.

You have been riding a long time, did you learn much about the shapes and construction of boards during that period or has this been you learning as you go along?
Since ‘97 I have been involved with board development. All that I have learnt has allowed more room for me to create Slash. From early on in my pro career, I have always had an interest and fortunately an opportunity to design the boards I rode from the artwork to the technologies and construction techniques.

You are someone that can ride everything but is more known now for your backcountry riding; do you design all the shapes yourself or is there a team that all joins in? If there is a design team who does that consist of?
We are a magic triangle. None of us at Slash works there as 100% Job. David Fernandez got on one year ago as my production manager who looks after the stringent timelines. Ivan Zwahlen is chief operations officer and basically overlooks the budget and contracts. I am the board shaper and tester, so I design the boards and come up with the Specs. Slash rider Manuel Diaz shaped and tested his own vision of a big mountain board. It is one of the new additions to the line. He named it Nahual. Even my brother Werner was involved, he is an engineer and helped me to draw our specific “Redline Sidecut” that I wanted for the Aurora, which is our highest price point board now. 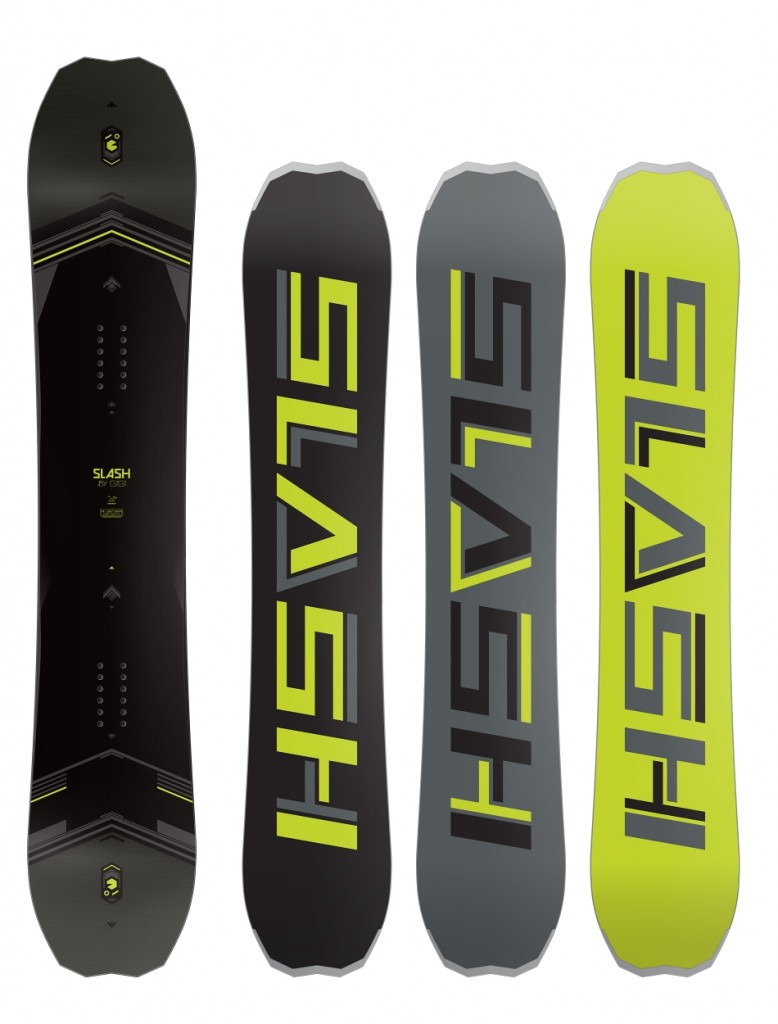 More tech than you can shake a stick at, The Aurora

The graphics are pretty unique and a Slash board is instantly recognisable, what is the process designing the graphics and how much input do you have?
All I do is take images, feelings, experience and start drawing. At the moment I like to use the tagline “not better but different” to define SbG. It’s a lot that goes into it but luckily the process for me starts beginning of April and is finished by November when the dealer catalogue needs to go to print. By then the whole line is finished. Working with artists instead of having graphic details made in house allows me to keep the process moving and it becomes almost like helping to give birth.

Which boards do you have in your quiver and what terrain are they best for?
With Slash I could create a quiver that helps me have a well rounded season. The board that I use often and would refer to as my “Pro Model” in the line is the ATV board with full camber. The working title for the Aurora board was ATV plus but it took off too far out and became its own concept board. For the deep snow my “Straight” board is probably the most surprising piece of my quiver which is a true directional board I originally shaped for Nicolas. For example I rode the straight board for the very first time on the Supernatural event in Canada and got second, earning myself some prizemoney. But more rewarding was how good the board rode. The Happy Place board was called Park the first year but I quickly changed that because I didn’t want to restrict my boards to terrain, the different boards we make for a rider are either for their camber preference or their budget. This brings me down the line where we also offer more forgiving hybrid cambers or zero camber boards like the new Spectrum, which Nic Sauve just dropped his videopart on.

The team has been growing recently and there are more riders joining, what are you looking for when you select riders for Slash?
It’s about personality, displaying a rider’s involvement and drive towards true needs like freedom, creativity, or genuine happiness. My riders have the equal opportunities as I have just that they need to work equally hard for it.

What are the challenges in setting up your own brand, have there been any issues that you didn’t expect?
You mean compromises? What I learned from having my own brand is similar to real life practices. You have your baby and it’s not easy to let go from it. I already knew I have to make it as a small company within the first three years, since that is how long a product cycle would take. I feel now to have landed on my feet and made it above water but learning how to walk depends on how well you can swim with the fishes. 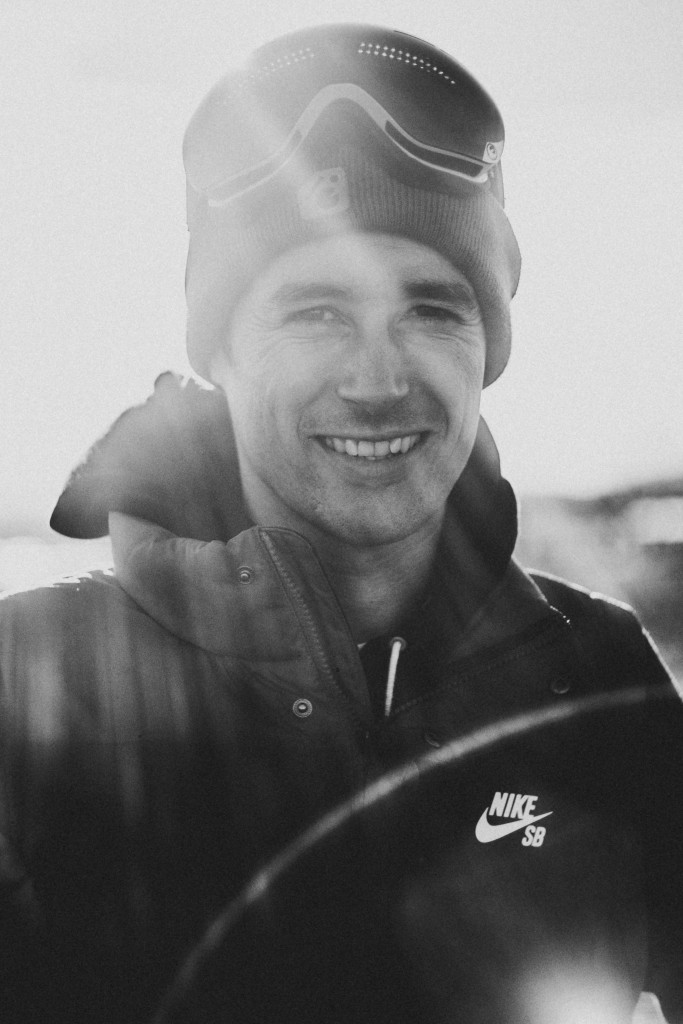 Running a company is a lot of work; do you find you have less time to snowboard since starting Slash?
Not at all, I have one more excuse to go snowboarding. Snowboarding is a big part of my life, on and off the board. Filming is what makes me hunt the best snowboarding conditions and ride amongst the best. In the videos I want to show how I ride and feel about snowboarding away from pressure of competition and any expectations.

What can we expect to see from Slash in the future?
I want to keep creating, come up with ingredients that make you and the whole industry ride and feel better.

You can keep up to date with Slash Snowboards on the website here and their Instagram here.