This summer and its changeable weather conditions passed by quickly. The good news is August brought a few cold days and plenty of fresh snow for the glacier. Chances are solid that the Betterpark Hintertux will show its prettiest side during the Hotzone.tv Park Opening. And since this year the German Unity Day falls on a Monday the Opening will last a whole day longer than usual and we all know nothing beats getting used to airtime in soft slushy conditions.

The Opening count has already reached the 12th Hotzone.tv Park Opening in Hintertux. The much loved program that continues and among the packed schedule there will be the sessions for the world’s AMs and pros like the “Alarm Clock Battle” on Friday, the “Session of the Dudes” on Saturday and the “Cash for Trix Session” on Sunday as well as a cool event for groms: the “GoPro Kids Shoot”. And this will even be enhanced this year! Kids aged 5 to 15 will learn how to capture their tricks on camera and get plenty of shredding advice from pro snowboarders. 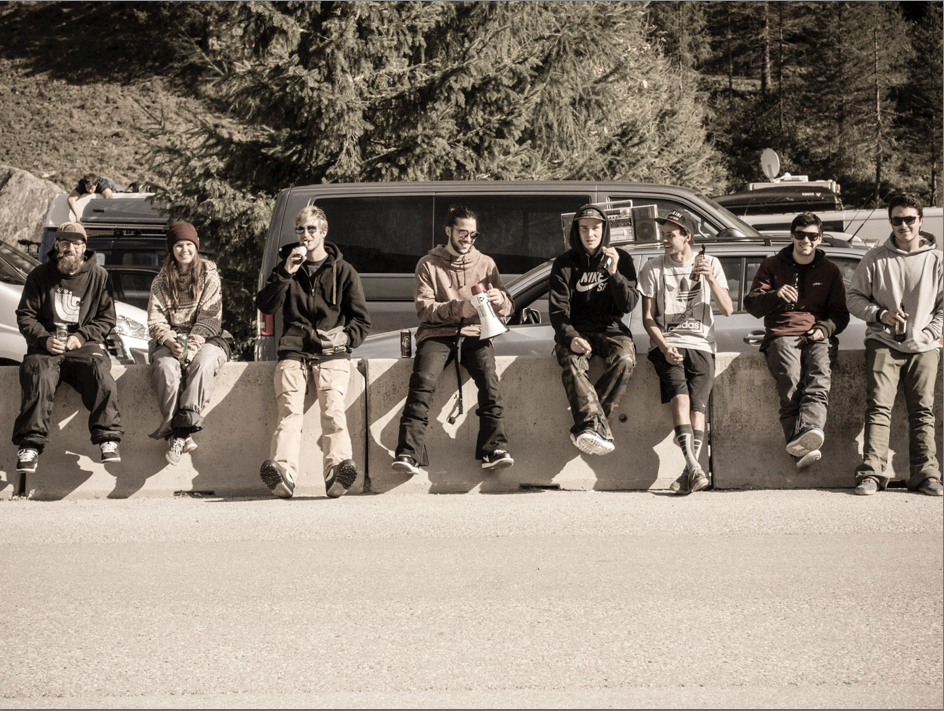 Needless to say that it will also be the first opportunity of the season to test the new snowboard gear. More than 25 brands will have their latest gear on offer to make the buying decision a little easier.

Prior to Saturday’s mandatory “Aftershred Session” opening visitors can warm up during the “Cruise and Ride After Snow Party” at the Sommerberg Arena. The “Aftershred Session” in the Hohenhaus Tenne parking lot will feature beats from the Red Bull Brand Truck, a pumptrack for bikes and skateboarders, and the “Gamble for Goodies” including plenty of prizes for participants.

When nights falls no-one will stay in their hotel or apartment: A staggering three party nights are part of the official Opening schedule: On Friday the “Insider Warm Up Party” in the Kleine Tenne Tux, on Saturday the “Hotzone Opening Night” in the Hohenhaus Tenne, and – since Germans will enjoy a bank holiday on Monday – the “Overtime Party” on Sunday night, again in the Kleine Tenne in Tux. And a video special awaits visitors on Friday night: Europe’s biggest snowboard movie production “Absinthe Films” will present their latest movie “Afterforever” in the Tux Center!

Note down the dates now and book your accommodation soon to make sure you don’t miss a thing. 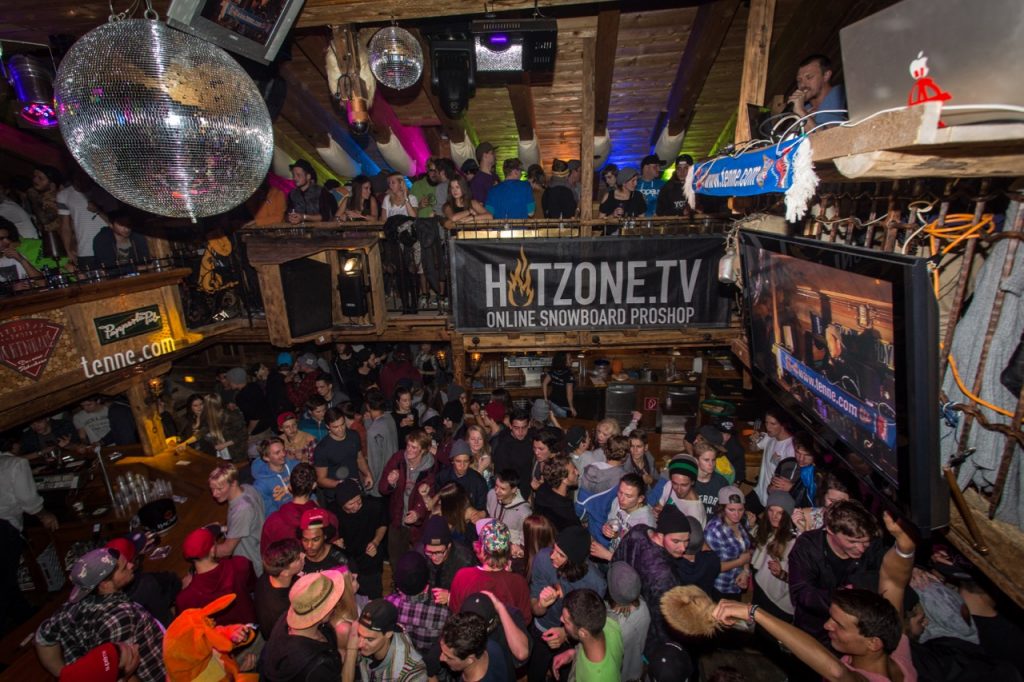 11:00 HOTZONE.TV Session of the Dudes

From 14:00 Cruise and Ride After Snow Party (Sommerberg)

Action in the valley: Hintertux and Tux

From 15:00: After Shred Session at Hintertux Parking: Opening Casino including Roulette, Poker and Black Jack, Skateboard and Bike Pumptrack and more. 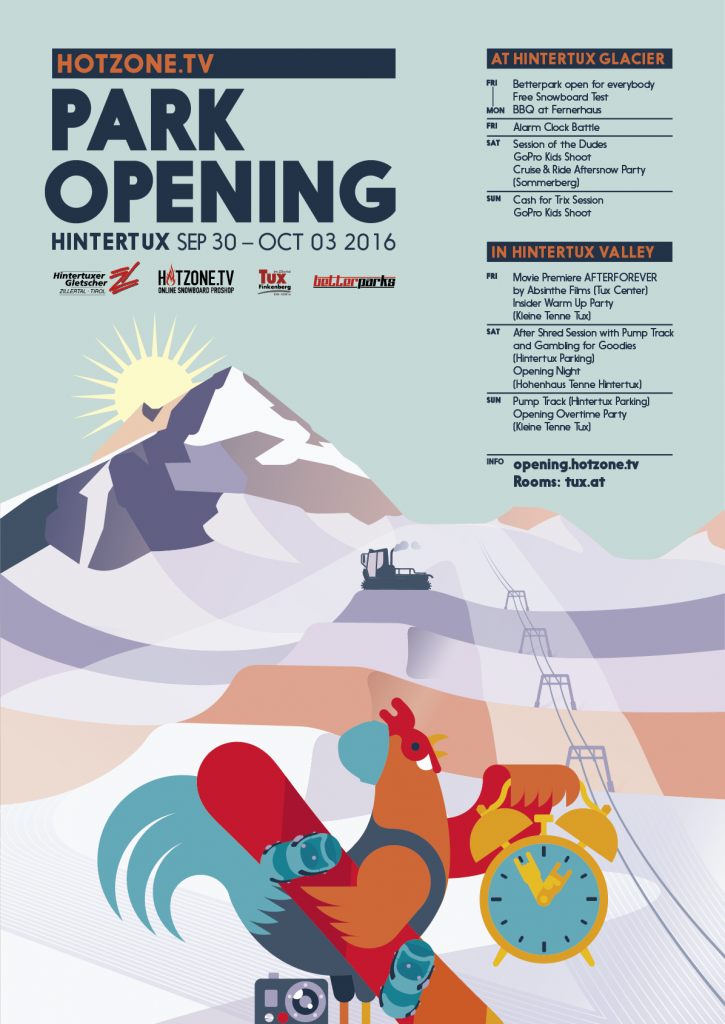