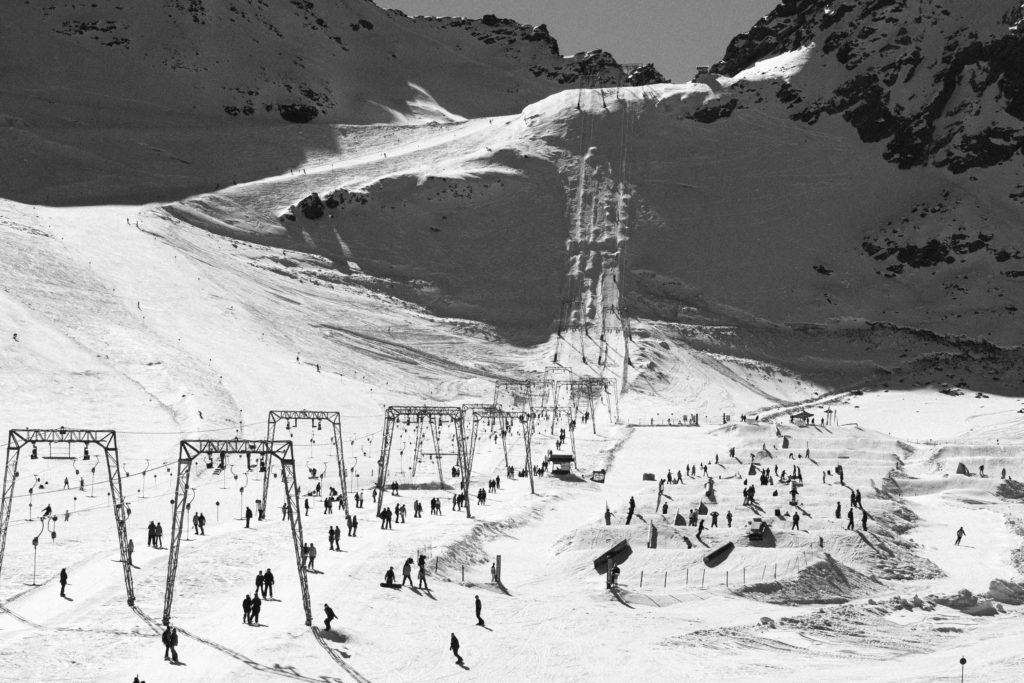 After spending far too long looking at the magic autumnal trees on the drive up to the glacier we finally made it out of the van and into our boots. Walking to the lifts the vibes were good straight away. I don’t mean that in the usual blanket ‘good vibes’ statement that often accompany opening reports, the atmosphere genuinely struck me as rad. Maybe it was because everything was kinda close together on the mountain and felt connected like a big gathering, or maybe it was just because the sun was out and everyone was stoked to be snowboarding. Either way, I liked it. 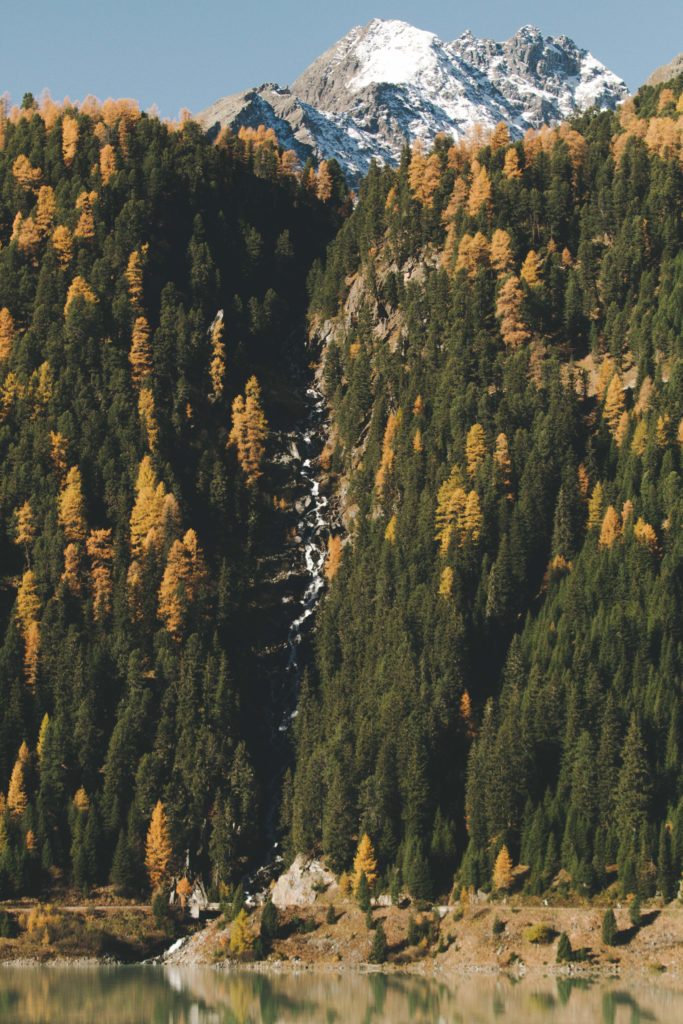 The views on the way up are seriously good at this time of year. Photo by Theo Acworth 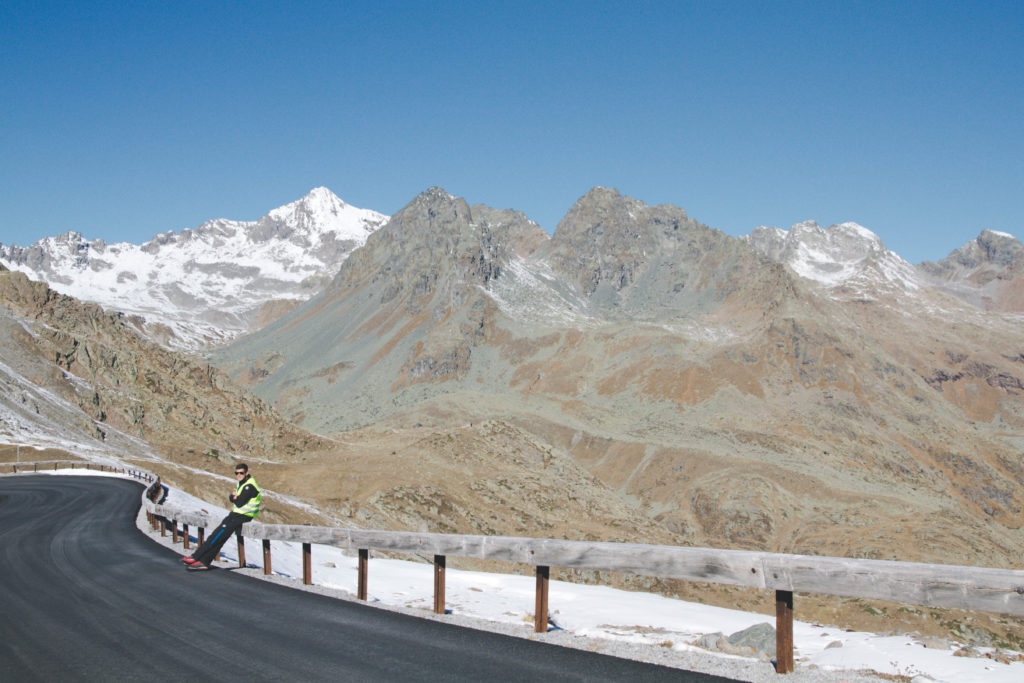 We had timed our arrival perfectly to completely miss the ski contest, nice. The early season kicker setup was actually quite sick. The jumps weren’t huge so no one had the chance to do triples and switch triples and it was nice to see what people came up with on a slightly more even stage. Unsurprisingly Max Zebe and Fabi Fraidl were style standouts and other highlights included Emiliano Lauzi somehow doing a 1080 (chill out mate it’s only October) and Christian Kirsch being a general G. In the end it was the Finish machine Roope Tonteri and local killer Julia Baumgartner on top of the pallet podium. 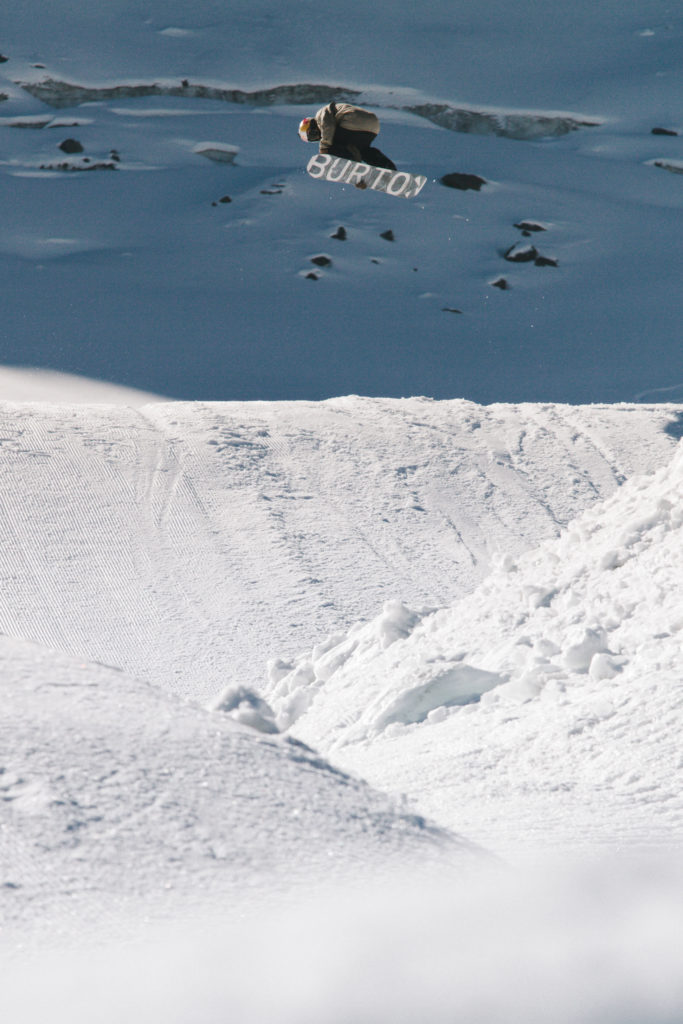 Roope Tonteri on his was to 1st in the Pro contest. Photo by Theo Acworth 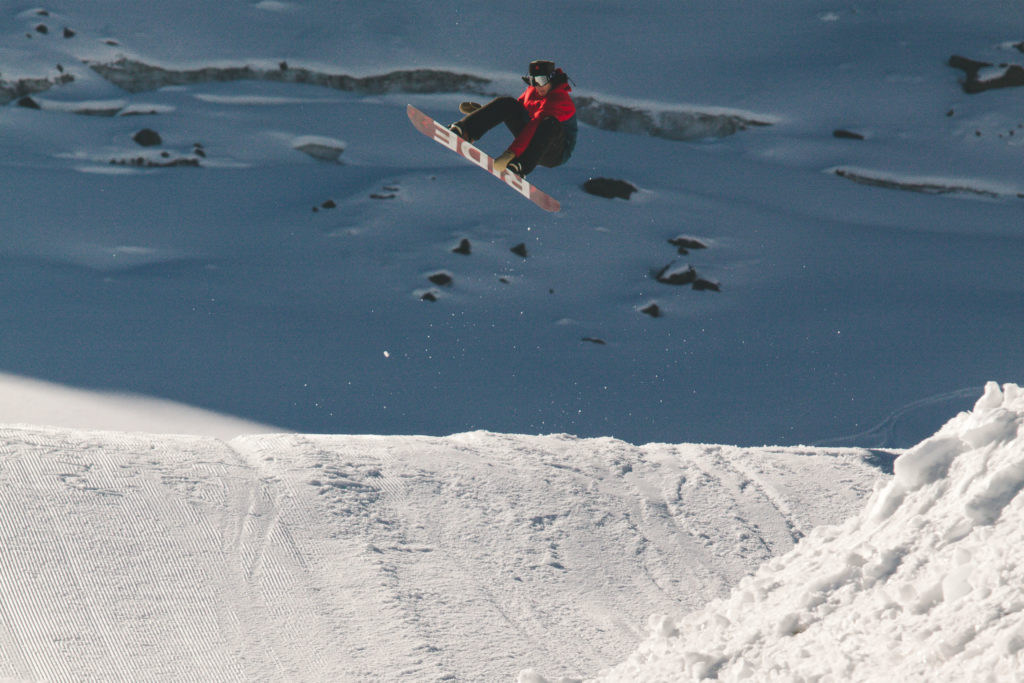 Max Preissinger doing something smooth in the Pro contest. Photo by Theo Acworth 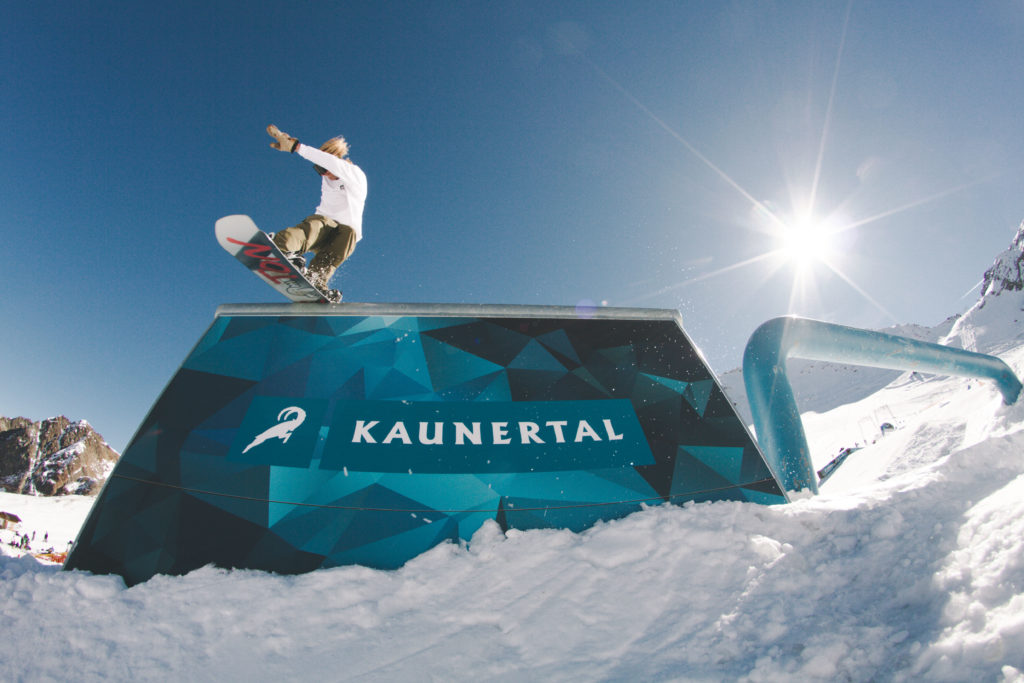 The smoothest kid on the mountain, Max Zebe. Photo by Theo Acworth

Following the contest I surfed my way down the hill to the test area where to my great delight I discovered a metal band playing live to a rail jam. I’m not much of a metal fan but usually these rail riding kids just listen to trap music or whatever that bollocks is called, so it was class to see and hear something different.

That evening there was a ‘street party’ in Feichten, a new thing for this year. Basically they had closed the road, built a stage and a mini ramp and just let people hang out. I didn’t really take any photos of this because I was having way too much fun skating on the Adidas slappy/hydrant features. Apparently there was some sort of ‘Spezi for tricks’ session but I had to get the Spezi myself as no one seemed to be giving it out or paying attention to the skating. I think everyone was too busy trying to throw grubby ping-pong balls into beer cups to care. Either way I had a great time. 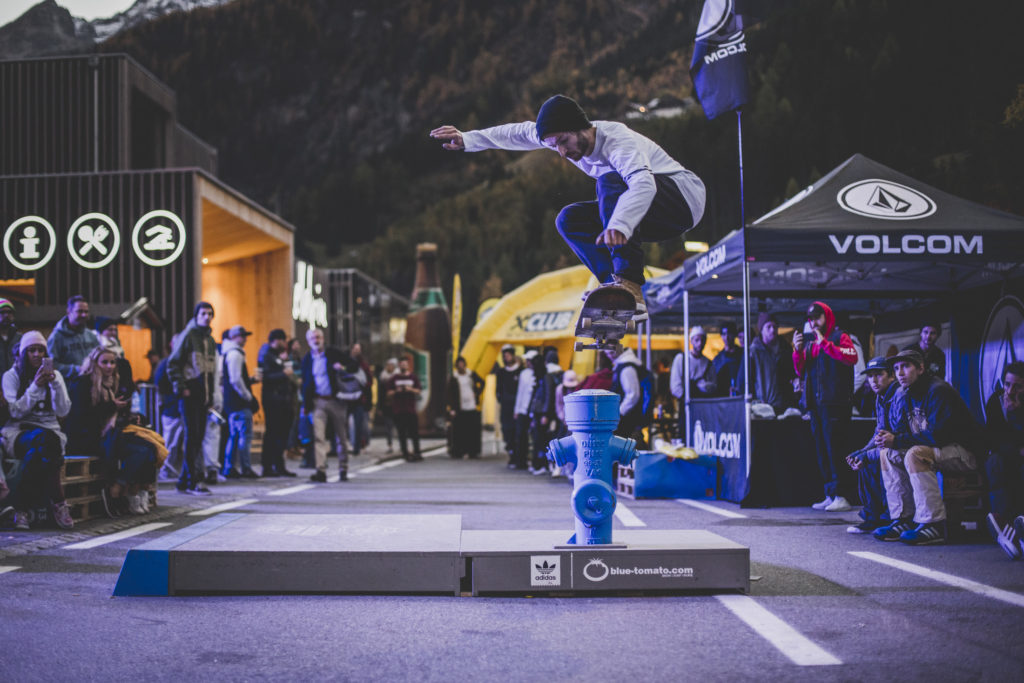 Theo Acworth having too much fun skating to shoot photos. Big up Felix Pirker for this shot 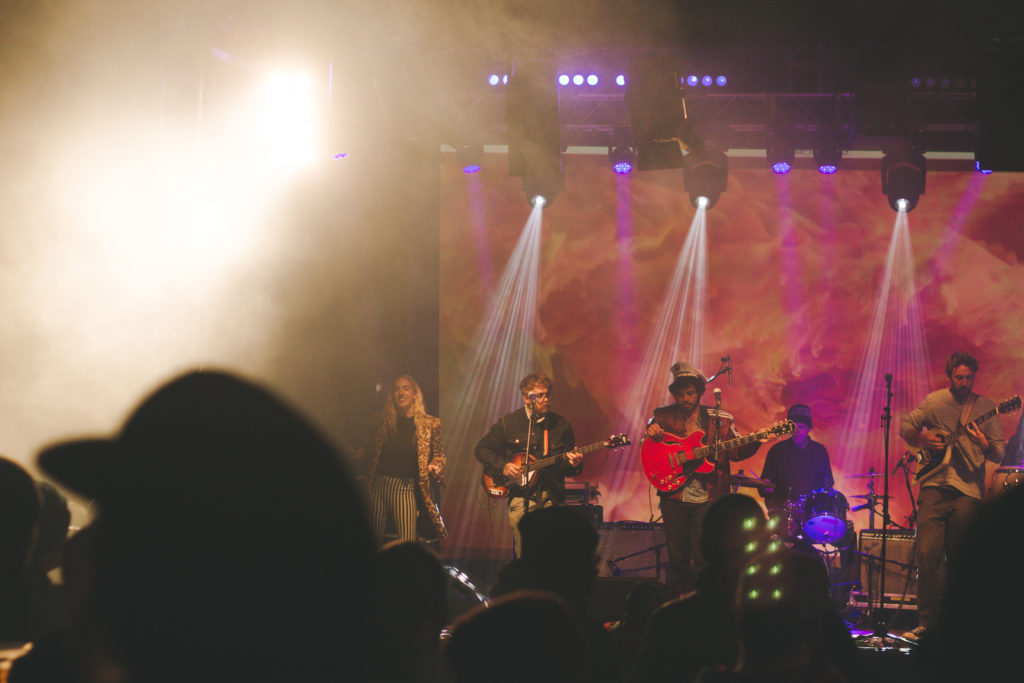 Easy Giant, these guys were great. Photo by Theo Acworth 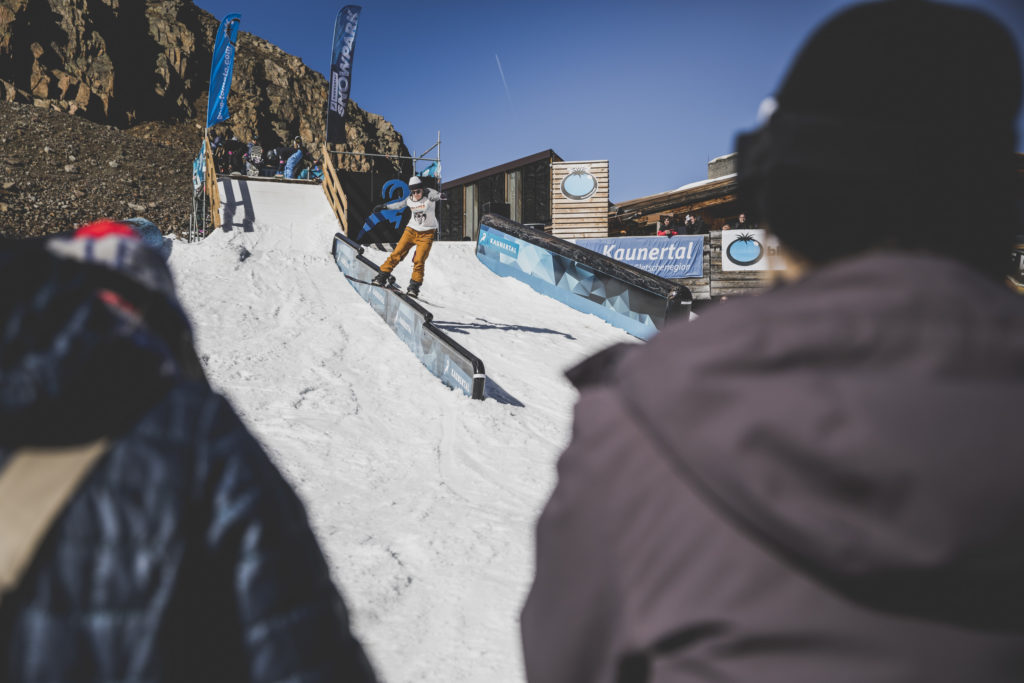 Mary Luggen on the waterfall. Photo by Felix Pirker

Absinthe riders Mikkel Bang, Brandon Cocard and the ever-gloveless Brendan Gerard were in attendance to show their new movie Turbo Dojo. There’s a lot of mad snowboarding in the film but these three definitely had standout parts. Just over an hour later the band Easy Giant took to the stage. All I knew about them was that Cocard played bass and they had Tim and Hannah Eddy on percussion, already a solid start in my eyes. These guys were absolutely great, for sure a highlight of the weekend for me with their excellent sounds and barefoot guitarist. 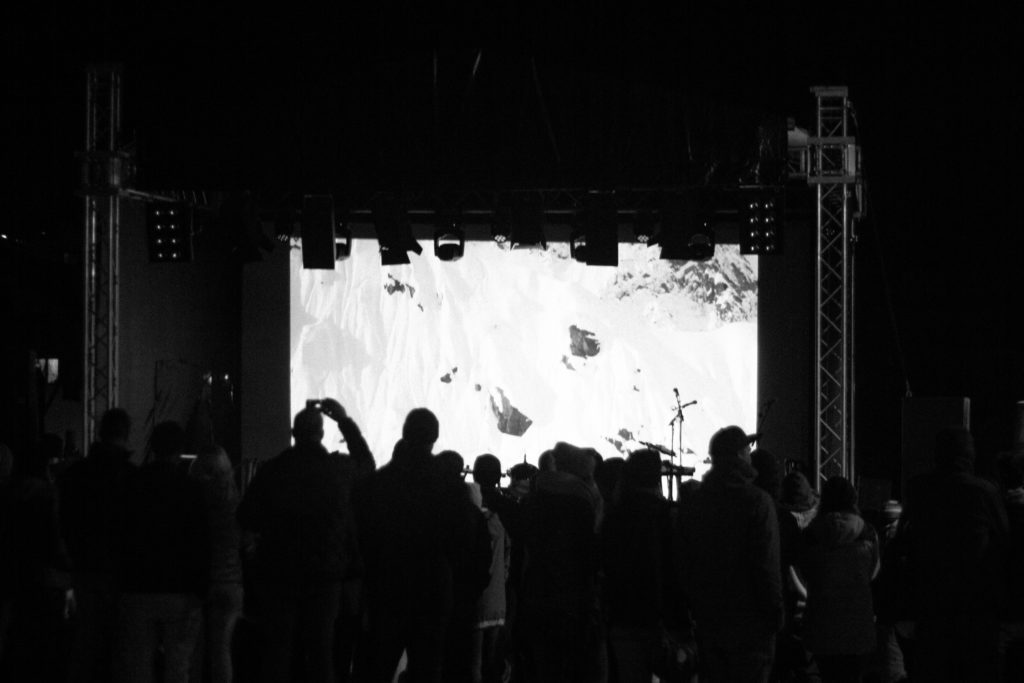 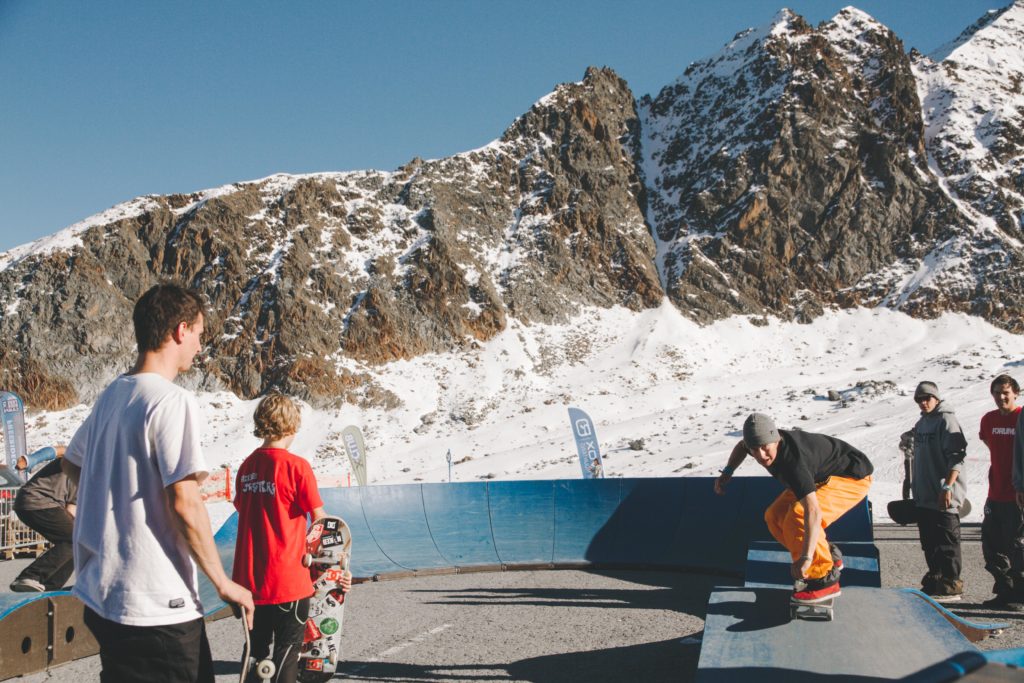 The following morning the numerous beanbags in the test/brand area were being put to good use by those who had attended the party the previous night and were clearly feeling fragile – it looked like one giant living room. I hadn’t drunk anything and, feeling no sympathy for the dying beanbag people, went snowboarding. Throughout the day there was an am contest, a shred unit coaching session for the ladies in the park as well as a Gnu rail jam. I only saw glimpses of these things as I was having way too much fun blasting the practically empty run to the middle station though the early season Martian landscape.

We ended the day drinking radler in the sun pretty much on top the world, not bad. Big up Kaunertal for putting on such a great and varied weekend, I genuinely enjoyed it and so did pretty much everyone else I spoke to. 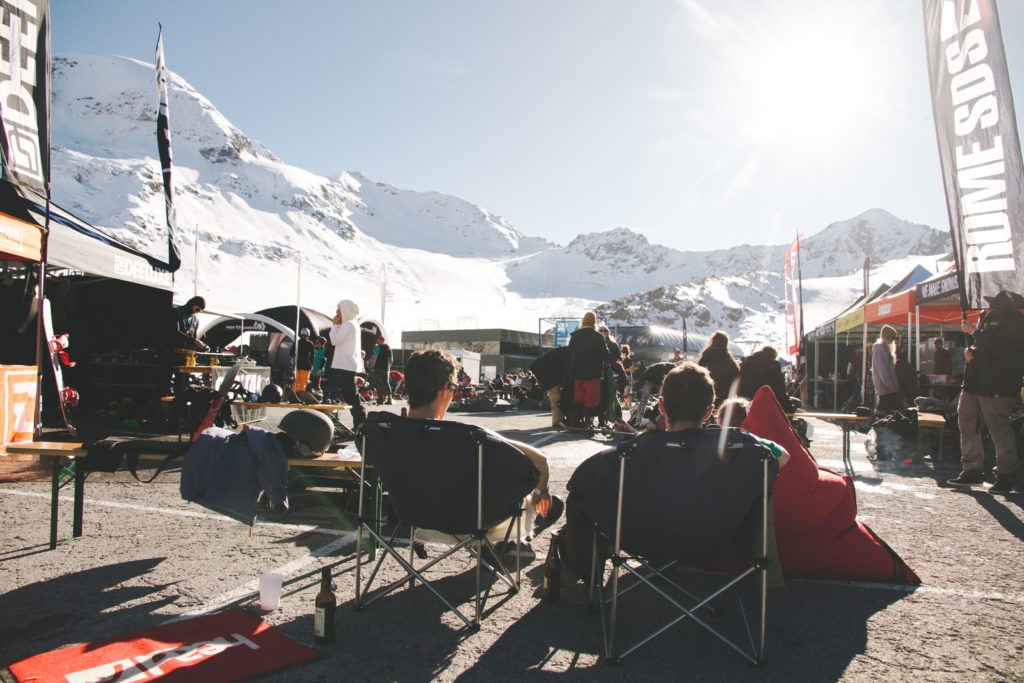 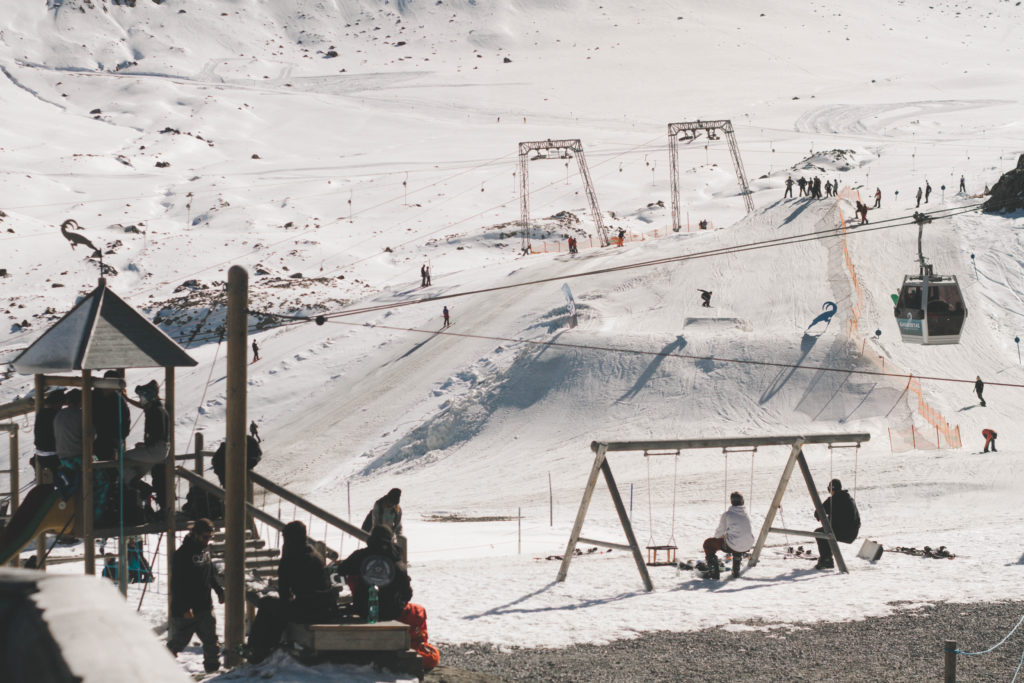 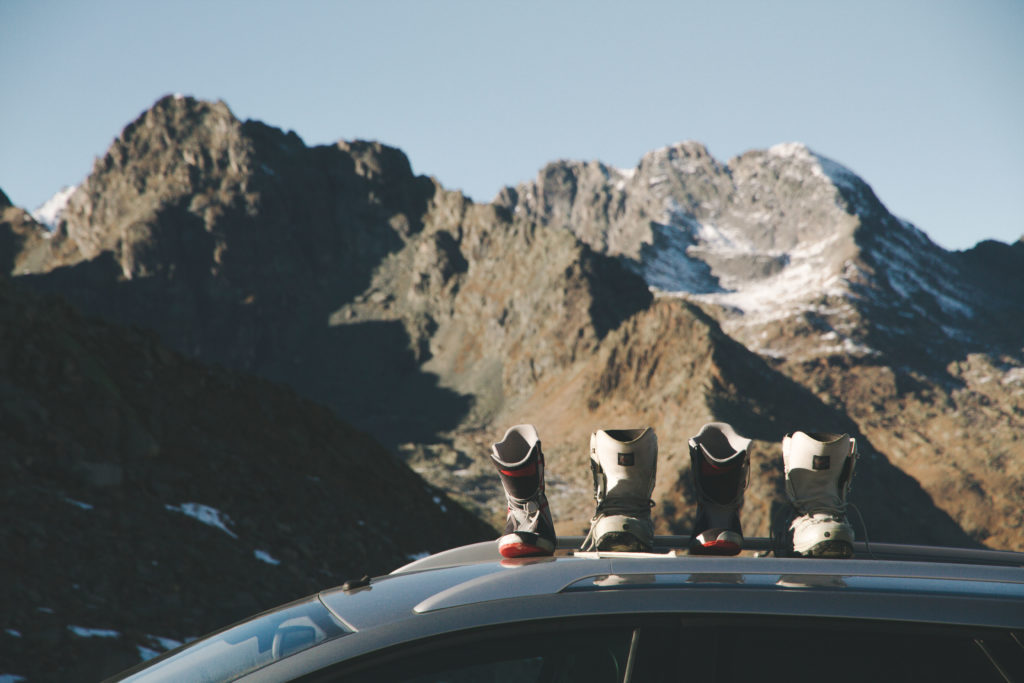 Additional photos by Felix Pirker his instagram is here