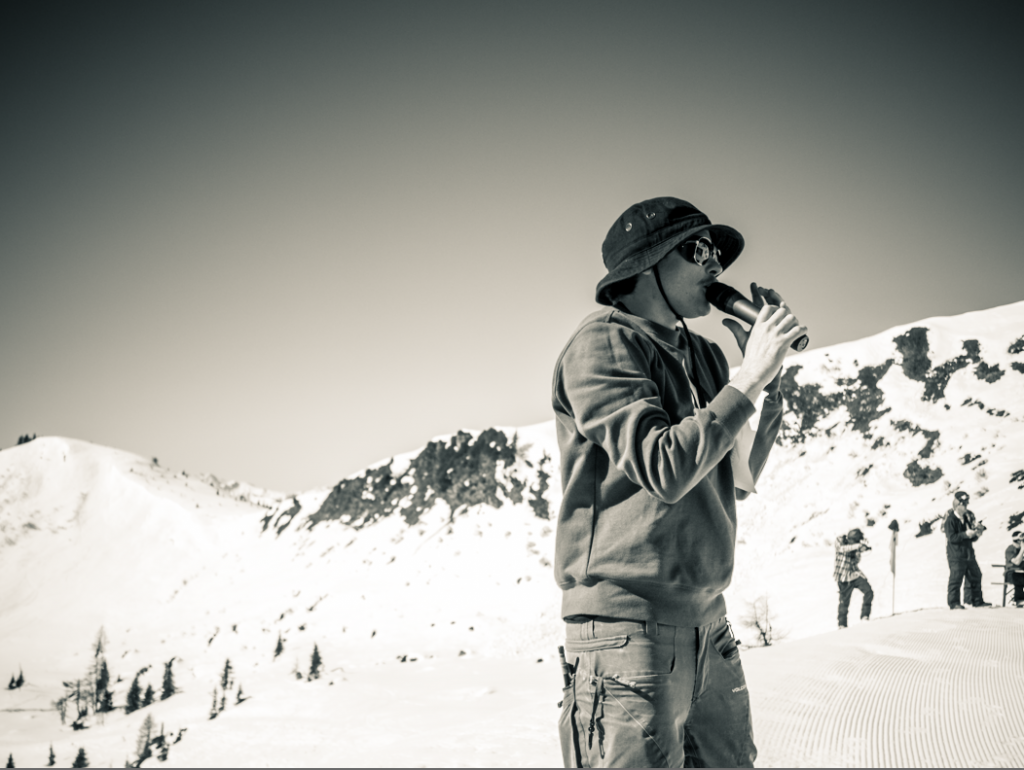 Henry Mc’ing to The Spring Battle 2014

Henry Jackson is a busy guy. Not only does he MC and live broadcast a ton of events across the Globe, he is also the star of his own TV show, Jackson’s Hole. We caught up with Henry as he took some time out after a long season.

For those that are unfamiliar what exactly is your job title?
Absolutely no idea haha. Professional dick head? Shit talker? I don’t really know how to categorise it nowadays, before it was straight up MC but these days the job spills over into directing, producing, taking my clothes off a lot in front of camera, so I don’t really know what to call it.

I remember seeing you doing the stadium announcing at air and style and there were 12000 odd people cheering at whatever you said. It was pretty crazy to watch. Do you ever get in that moment and think, wow this is nuts?
It is pretty crazy, especially in Innsbruck, the actual stadium ends up 4-5 degrees warmer from the crowd’s body heat haha. But at the end of the day they are there to watch the riders not us, we just try and help them enjoy it.

Obviously you attend most of the pinnacle events, are there any you particularly look forward to or are they all the same to you now?
As far as the World Tour goes I love the Burton events, especially the European Open, but honestly it doesn’t really matter the size and scale of the event, anywhere where people are stoked is sick, the Rock a Rail for example in Den Haag, Holland, there’s no budget, I think it costs the organisers every year to do it but the put up the best setup and the riders throw down, and the Duchies are always stoked!

What is the most memorable event you have mc’d on and why?
It’s so hard to choose as my best memories range from the first comps I ever got to MC with my friends, to Air and style Munich in front of 18000 people. I think I may have to go with the first year of the Tokyo Rail Days though. Not only was it so sick to be in Tokyo, some of my best friends were there, we had some amazing nights out and to top it all off Jamie Nicholls won, essentially announcing to the shred world he had arrived, all together it was an incredible experience.

You are a keen surfer; did you ever consider trying to Mc for those events as well?
Id love to but my background is way more solid in snowboarding and skating and they seem to have that side of things pretty tied up, however i’d never turn down the opportunity!

Away from Mc’ing you have your own show Jackson’s Hole. How did that come about?
I kept running into a couple of guys from the Red Bull Media House at different events round the world and they kept saying we needed to do something together. (thanks Arne and Flo!) After a few back and forth meetings they brought on our producer Tom Howell and we hatched together a plan for what the show should be. We called up the most metro heavy metal biker filmer in the world David Doom and things just fell into place. 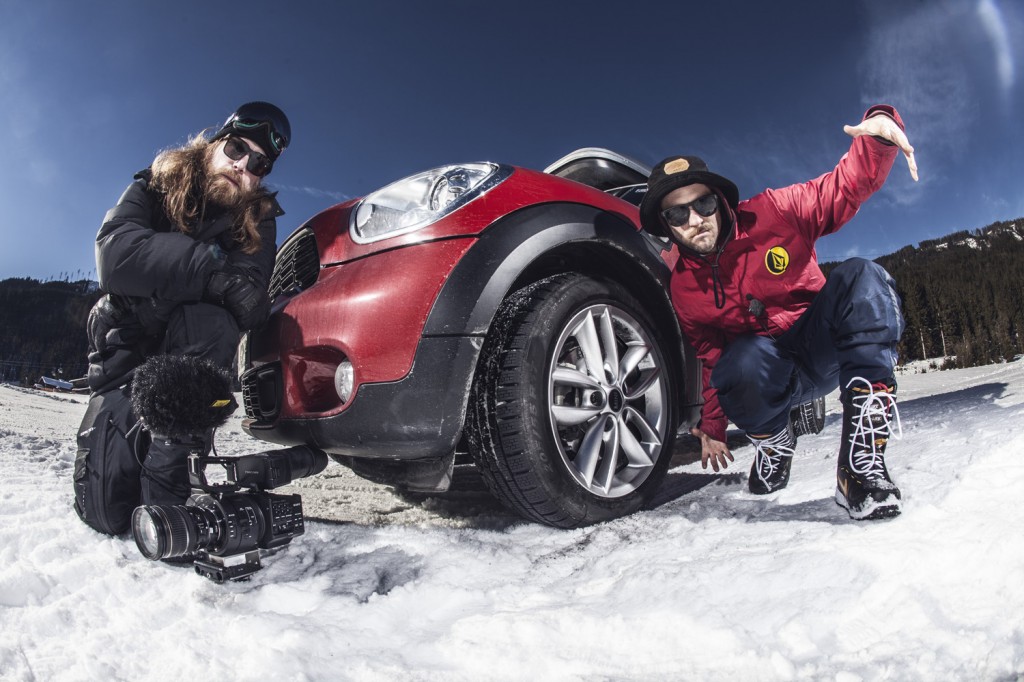 You just finished the 3rd series; do you find it draining to find new funny content to portray? A lot of the behind scenes at contests seems to be riders in chill mode. Is it hard to motivate them to take part?
Just depends on the rider haha! We’ve got a pretty solid formula now, if in doubt, take your clothes off. Lets see if it still works haha.

Is there a plan in place for each show or is most of it a spur of the moment thing?
Some shows have a very specific plan with a script and storyboard of exactly which shots we need etc…. and some just come about spur of the moment. Normally in full panic mode as we’ve got nothing done haha.

How many times have you filmed something only for Red Bull to say “no we can’t put that in?”
In general the Media House have been really accommodating to our bizarre tastes and we’ve got away with a lot haha. There are times when we get a little bit excited and they’ve had to cut stuff out. Lets just say we could make a killer X-rated DVD of all the outtakes!

Are you happy to keep doing the Snowboarding circuit or have you plans to branch out into more mainstream TV?
Right now i’m about to begin work on the IFSC world bouldering championships which is gonna be sick! I’m up for any kind of branching out really! 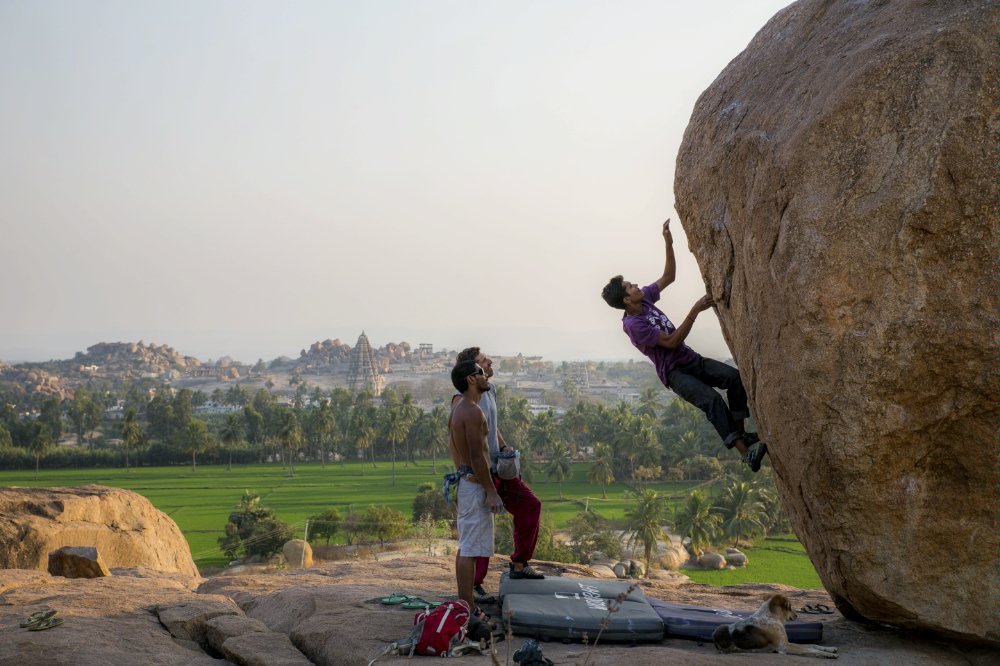 Bouldering not like the last shot we used.
Photo: Red Bull

You travel a ton, how are your air miles looking and what makes your life easier when you travel?
Pretty bad as I always get booked on the cheapest flight on different airlines! Mini were kind enough to hook me up this season so i’ve been cruising around in some of their Countryman cars. So sick.

It seems common in the Snowboarding industry that people spend so long surrounded by snowboarding and are continuously on the mountain that they get burnt out on it. Do you still get stoked to ride or are you over it?
I think on the right day I am almost more stoked than I have ever been, it’s just that my priorities have shifted and those days don’t come about as much, but give me the right crew and we ‘ll still be up there having as much fun as anyone! I just re learnt front flips again so I am puuuuumped! 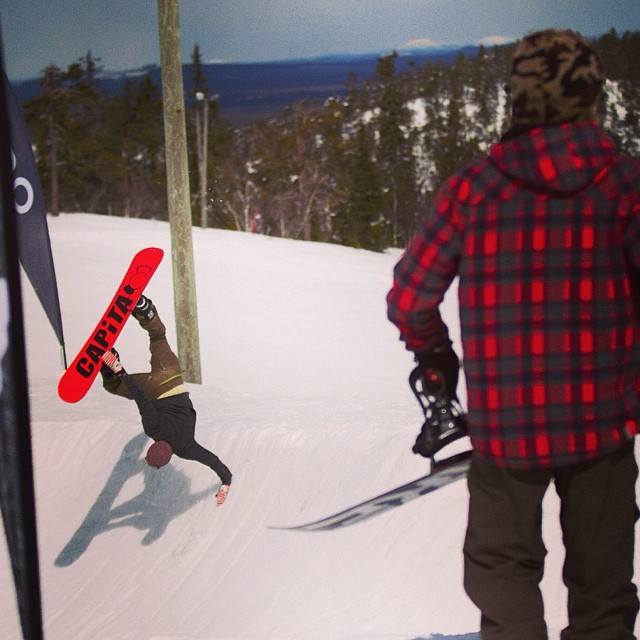