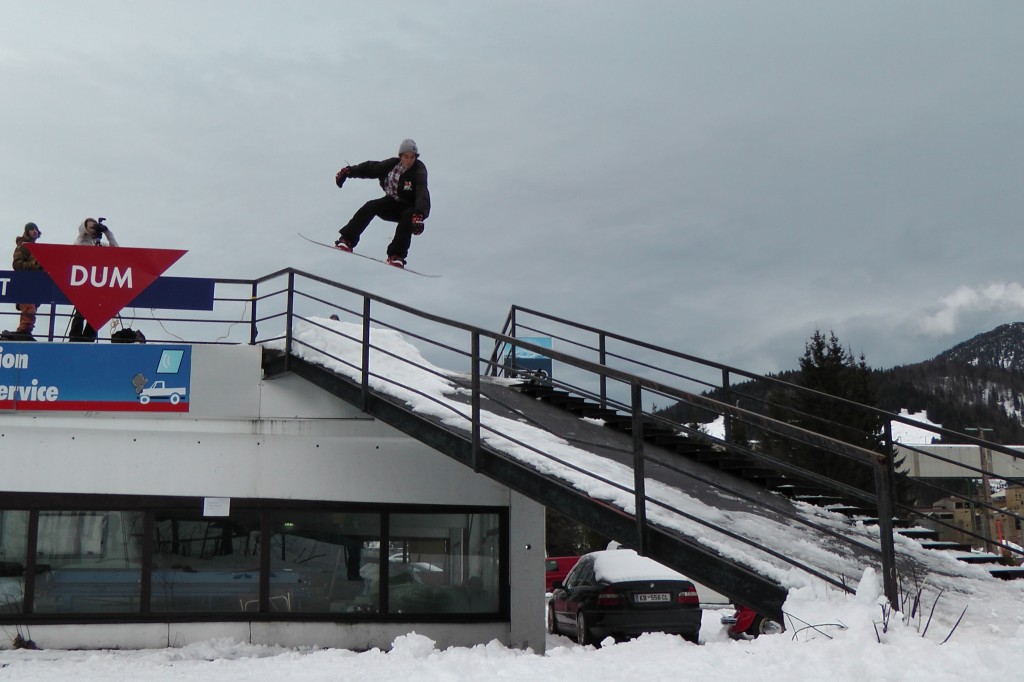 You mainly ride rails but have a good style on kickers. Why is it you don’t ride kickers more often?
I don’t know, I’m way more into riding rails, street and small stuff instead of riding big kickers. I prefer the street life haha.

You used to dress really gangster in the past, is it true your dad made fun of you for this?
Umm kind of. Or at least I bet he did. 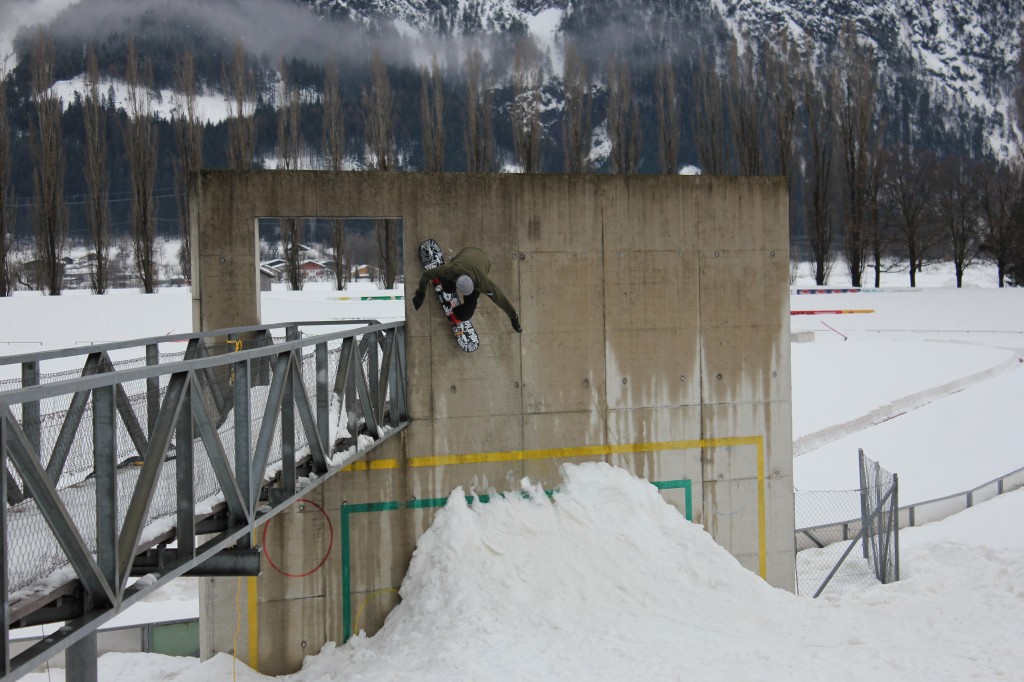 Germany has some great mountains but not so many pro riders right now, why do you think this is?
That really is a good question, which I cannot really answer. I assume that the scene in general  is smaller but especially the amount of people who are riding more often than the average tourist has reduced a lot. Consequential the amount of riders who could have the possibility to “turn pro” got reduced as well.

You study with Flo Corzelius and Simon Pircher, who is the biggest nerd between you three?
Well, Simon definitely is the laziest. That does not mean that he does not have better grades then me though! I’d say Flo and me have to fight for this title.

You got ender with District this year, would you rather win a huge rail contest or get ender in a massive movie production?
I’d rather have fun snowboarding.

What tricks do you want to get on lock this winter?
Heavy wheelies. 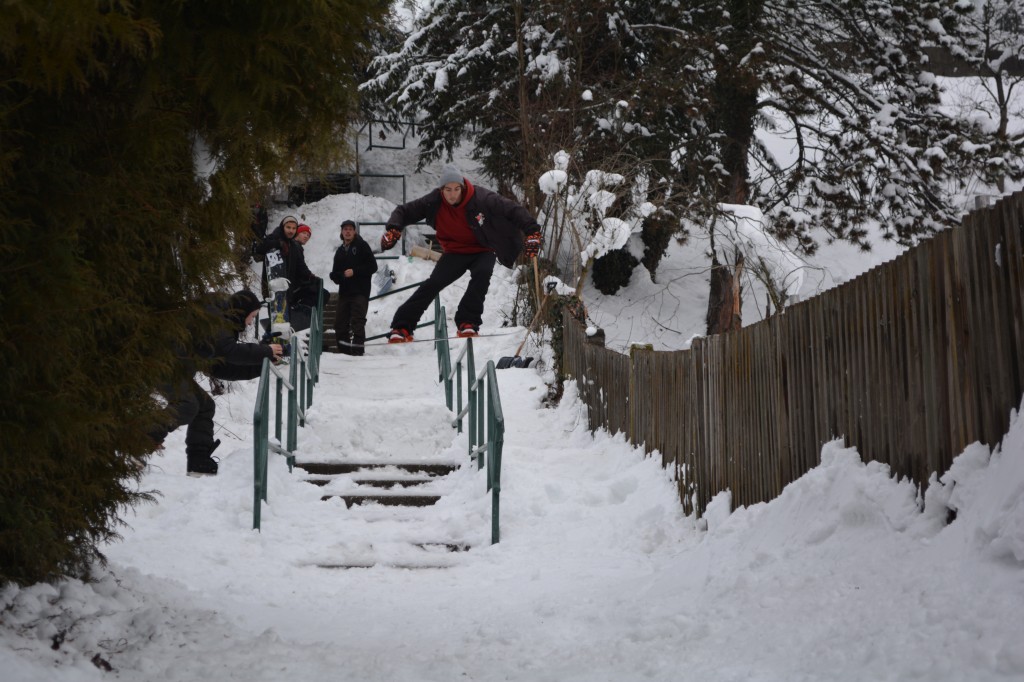 Getting kinky with this bs lip.
Photo: Christoph Wagner

How many pow days did you get last year and is hard to ride with your narrow stance?
I got almost zero powder days so I can’t tell.

You look a bit like Joey Sexton, have you ever been mistaken for him?
Earlier some people told me that I look like him. Since I’ve grown a beard I sometimes got mistaken for Hulk Hogan.

What would your dream day consist of?
Just having a fun days snowboarding with the homies. And a beer afterwards!