As it’s morally not really acceptable to watch snow melt without at least trying to save it for a better cause, we decided to team up with some locals from Den Haag the day after the Rock a Rail. Ambitious as we are, we made an official event out of it and gave it even a name “Aftershred”.

The big white mini mountain was lying in the middle of the square between the tables full of fresh coffee and elder riders that were not nursing hangovers from the Monster Energy after party. Scraping the trash out of the white – well grey – powder first seemed a good idea. We shoveled it all into our borrowed company cars and took off to find a nice urban rail close to the sea in Scheveningen. Of course looking forward to find a spot in the sun and ideally close to somewhere serving cocktails. The car turned slowly into a mini swimming pool whilst we were driving from one spot to another. We almost regretted bringing a snowboard instead of a swimming suit. 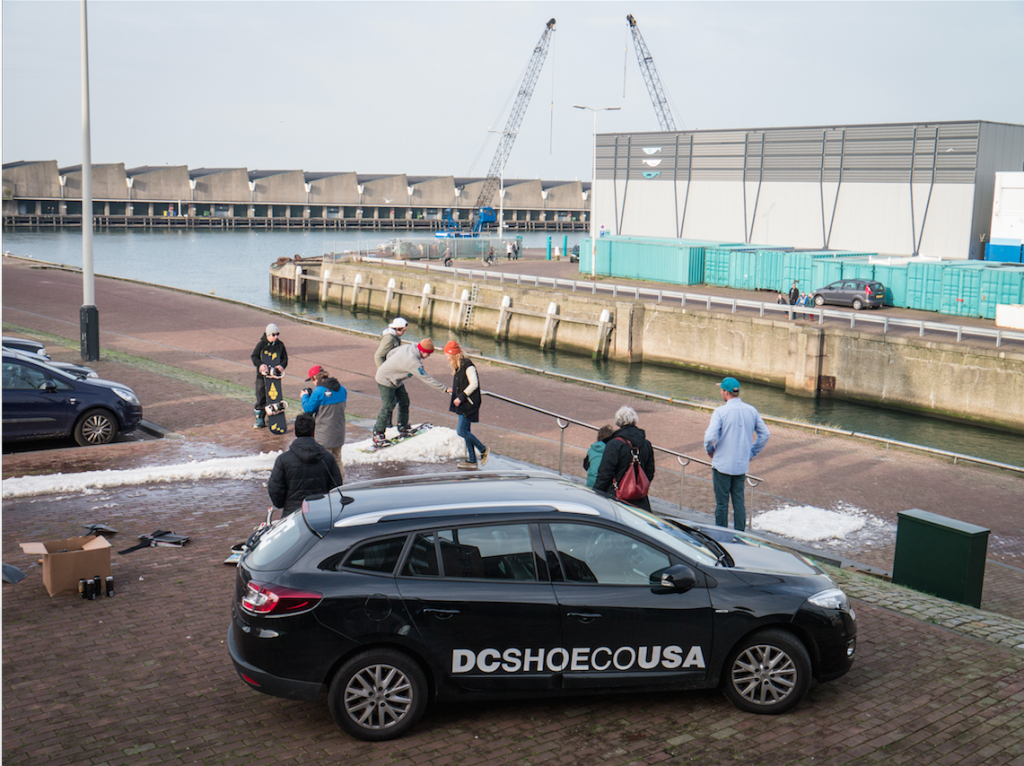 Dion Janse in the zone. Guess who our chauffeur for the day works for?

An hour later, we came across FAST, a surf camp and hippie community with a pretty good looking scenery and complete with a wooden skate pool. ‘No, the rails are not gnarly enough,’ said the improvised team manager. Luckily and unexpected one of the hippie visitors of the camp, asked us what the team was looking for and he would bring us to an even better location.

Within 30 minutes we were shoveling snow and our rider for the day Dion Janse was preparing himself to hit the nasty aluminum rail. Inhabitants looked surprised over their balconies as he fire crackered his first hit. But with last night’s tricks still fresh in his mind, he strapped in and nailed it.

Thanks to Dion’s skill set, there was even time left to built a second hit. Baring in mind we had riders of all abilities who wanted to get in on the action, we decided to build a bomb drop on a smaller stair set. After a few mishaps, (check out @Pyramidmagazine on Instagram to see) local, Sean Taylor showed us some urban dedication and walked away with a few bangers on a never before hit spot. 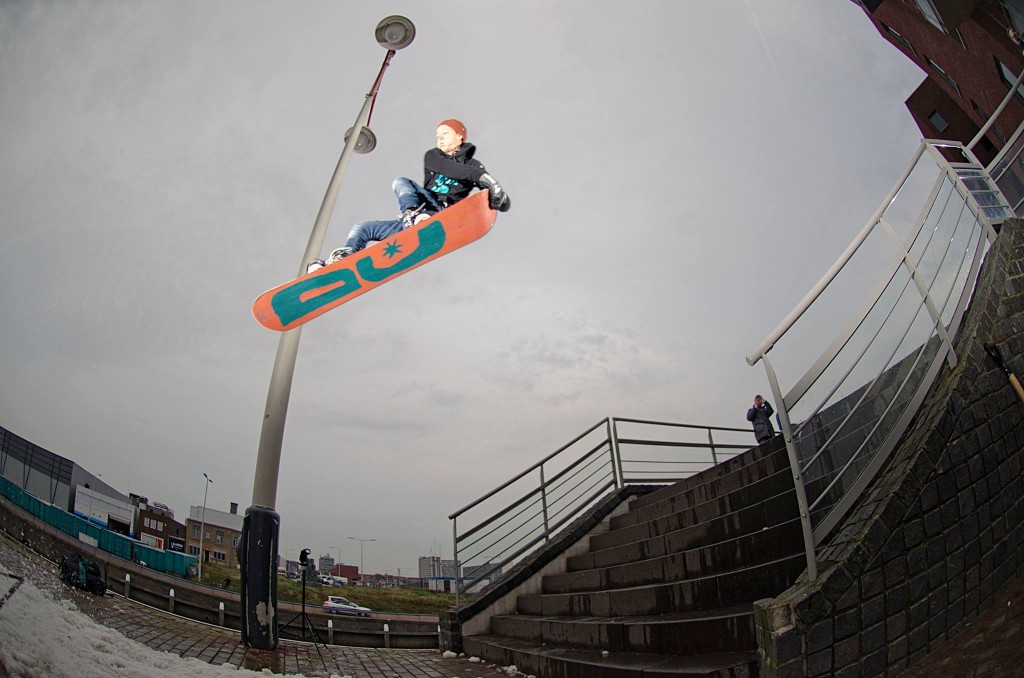 Although we didn’t get to drink our cocktails, the mission to provide riders the chance to hit never before ridden spots was accomplished. This event has so much potential so we will be back to make it even bigger for next year.