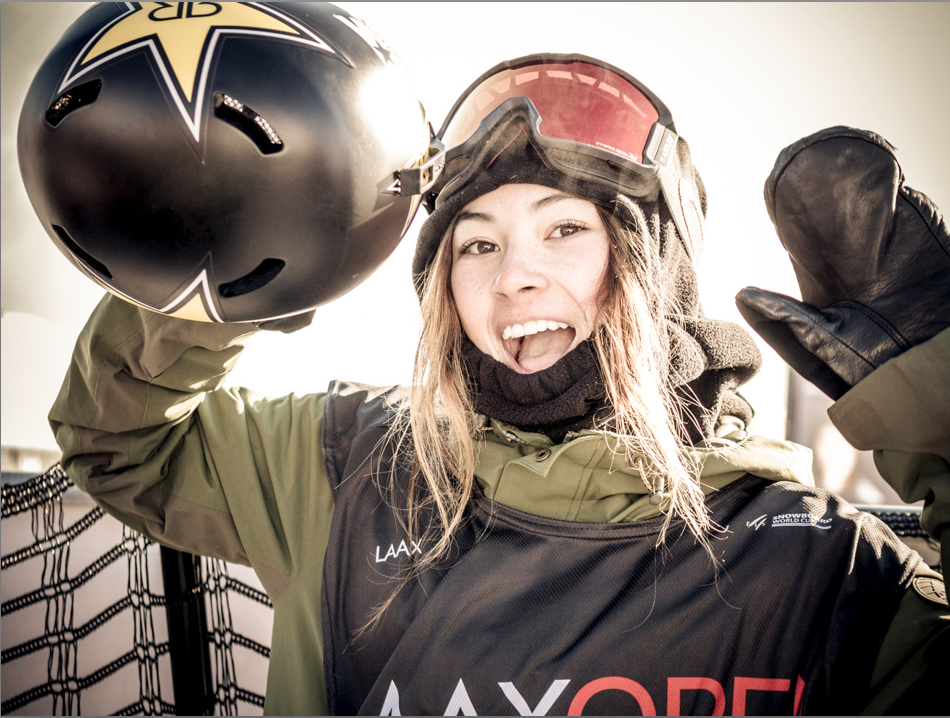 The name Hailey Langland has been on the lips of many people in the past few seasons and at a mere 16 years old, it would appear that this bubbly Californian, has her life already mapped out. With multiple podiums this season, including a gold in the X Games Big Air with a double cork ten, Hailey or Yung Hails to her friends, is quickly becoming a threat in any contest she enters. Whilst her bag of tricks is rapidly growing, she has been keeping if OG by throwing some of the nicest methods and fs 3’s into her contest runs and consequently receiving props from every rider who saw them. Let’s us find out more from the girl herself. 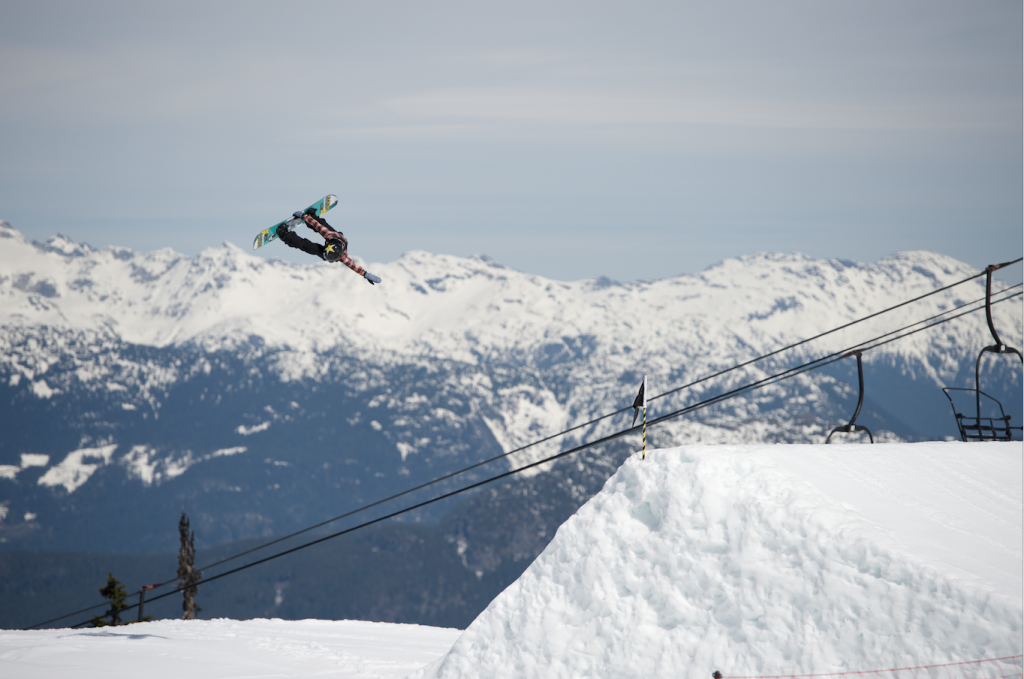 You are quickly gaining attention from people saying you are one to watch. Do you ever feel like this adds extra pressure on you?
No doubt! It’s so crazy to think I once was sitting in my living room, watching all these big contests, to actually competing in them. The pressure can build up pretty fast, but I like having it sometimes. It kinda fuels my fire to do my best.

Your style in particular gets a good response, did you style come naturally or is it something you have worked on?
It’s just something I think I picked up, as I got older. When I started, snowboarding wasn’t a race for me to become the best at it. For me, it was just a for fun winter hobby. Eventually, I became friends with some local boys and just tried to tag along and copy them.

You were throwing methods into your run at Laax Open, which isn’t the typical trick to throw in a contest. Is that your own idea and do your coaches not like it when you do that?
Methods in my eyes are timeless. I think it’s unfortunate that with the level of snowboarding constantly being pushed, people start to forget the foundation of what snowboarding truly is. You might not be able to judge a book by its cover, but you can definitely judge a snowboarder based on their method. 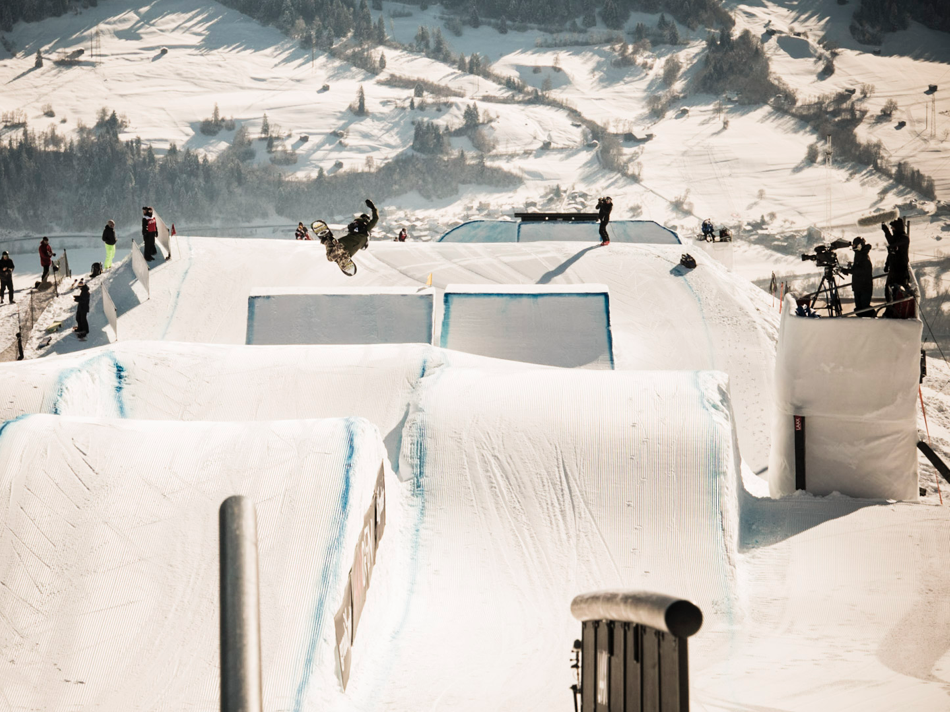 Hailey hyping out the crowd by throwing a method into her laax Open final run.
Photo: Tom Kingsnorth

You ride a lot with your homie Red Gerard and have developed a similar riding style, how has your riding progressed since becoming riding buddies?
Yeah Red is a true homie. It’s insane how good of a snowboarder he is, in the park, pipe, or backcountry. He’s got that no care style that I think a lot of people look to.

You’ve picked up some good results this year after missing out on some the previous season, what changed in that time and how will you keep yourself on top form?
I’m so hyped on this season! I was so stressed last year being invited to all these big events and trying to do well at them, that this year I just tried to put my focus on having fun and be happy on that.

We saw girls riding progress a lot over the past couple of seasons, which riders do you feel are the biggest threats in the contest?
Honestly on any given day, it’s anybody’s game out there. But I think the biggest threats are Jamie Anderson, Julia Marino, Anna Gasser, Enni Rukajarvi, and Klaudia Medlova.

You are 16 and already seem to have a career lined up, will contests be your focus or would you like to film more, which do you enjoy more?
I love doing contests, but I can’t wait until I get an opportunity to go film a full part. I get to do short edits here and there, but I’ve never released an actual edit. Hopefully after the Olympics, I’ll be able to put a couple trips together to do a lot of filming with my friends.

Where would you like to be in 5 years time and where will women’s snowboarding be in that time?
I have no clue where I’ll be in 5 years. But who does? I try to live day by and see where it takes me. I think that within 5 years, girls are going to be doing doubles on the daily and a triple will probably be that “it” trick. Which is crazy to think about. Kinda hope I’ll be retired before then hahaha.

Which riders do you look up to?
I’ve looked up to Kimmy Fasani for as long as I can remember. Kimmy is just one of those people who has such a positive attitude about everything and anything. She’s always smiling and it’s hard for you not to when you’re around her.