You have been riding a lot of the contests, would you rather win the X games or have a legit video part?
Both! Either way you have to work hard, but the end result is definitely worth it. !

If you could hit up any resort, money no object, where would you head to?
Ohhh that’s a toughie. There are a bunch of resorts that have a lot to offer! I would prefer getting a few friends to road trip around with. If you have the right people every resort can be amazing. I did a road trip to Whistler and Mt Hood this summer just camping for a month and that was one of the best trips i’ve been on!

You don’t seem afraid to go all in on a trick, what’s the worst bail you have had? The worst bail I have ever had was actually riding out of the park. Somebody cut me off and I hit a pole, broke my femur, 8 days in hospital with two blood transfusions and was out for 6 months. The rehab on a femur break is pretty gnarly too, you have to completely learn to walk again and have a bunch of hydrotherapy with the old lads with double hip replacements. Luckily, other then that nothing too serious just a BUNCH of bumps, bruises and ice burn! 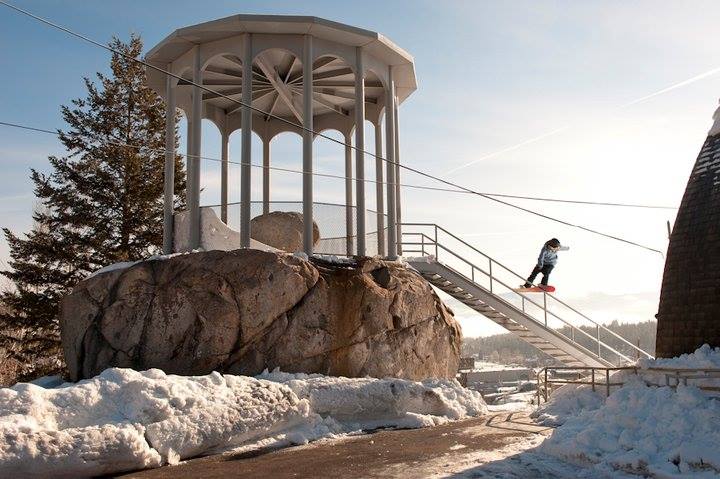 Who is in your crew?
It’s ever changing. I like to ride with people who are fun, creative, like to explore, drink a lot of coffee and talk as much shit as I do. That way I am having fun no matter what I am doing!

Which rider do you look up to? The main motivators when I first started were the girls like Erin Comstock, Kjersti, Torah and Jamie but the more I ride the more I am inspired by everyone I see out there. As long as they aren’t too serious, like having a fit if they don’t land a trick or something like that!

What is your goal for snowboarding?To do it forever. It’s funny but I feel like being injured just made me want to be out snowboarding even more. I just love the freedom of being outdoors, travelling around and meeting new people while doing something I love so much. 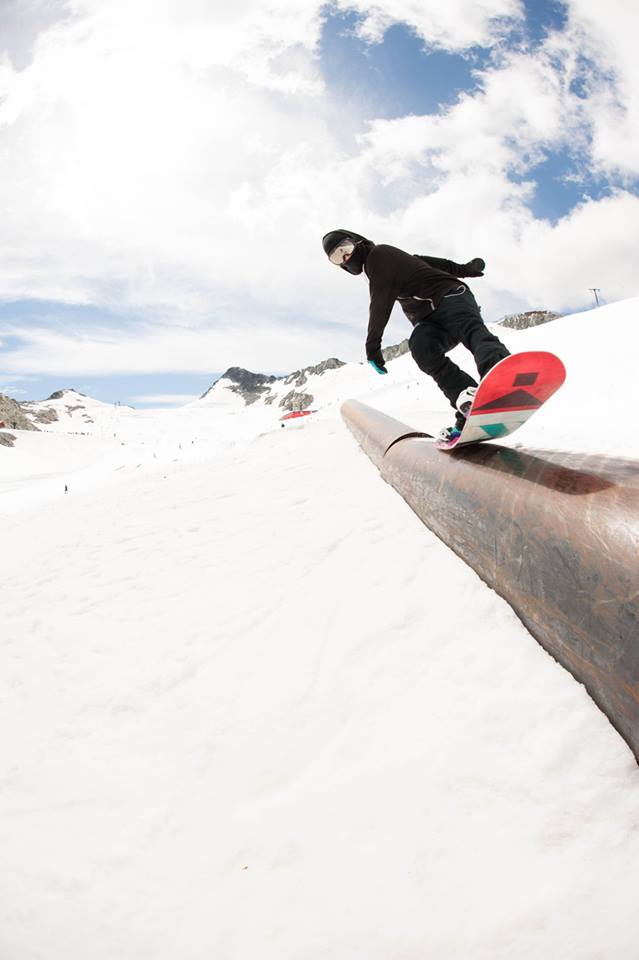 Would you kick a kitten in the face for a chance to go full pro? Fuck no!

Your life would be easier if what? Society didn’t put so much emphasis of what they think is the ‘right’ thing to do with your life. I hate it when people stop doing what they love to get a ‘real job, real life’ because people are judging them. This is real life yo! Do what makes you happy!

What is the worst trip you have ever been on? I haven’t really had a bad trip. Most have their ups and downs but I never come away regretting going somewhere!

You seem to have a great time when you snowboard, are you high on drugs or high on life? I am genuinely happy all the time. I am the kind of person that won’t do stuff that I don’t want to do, so I never really get bummed or stressed out. I think its important to surround yourself with the right people that don’t bring you down, a lesson I learnt a few years back! People inspire you, or drain you. Pick them wisely!

Would you Rather? Roope Tonteri